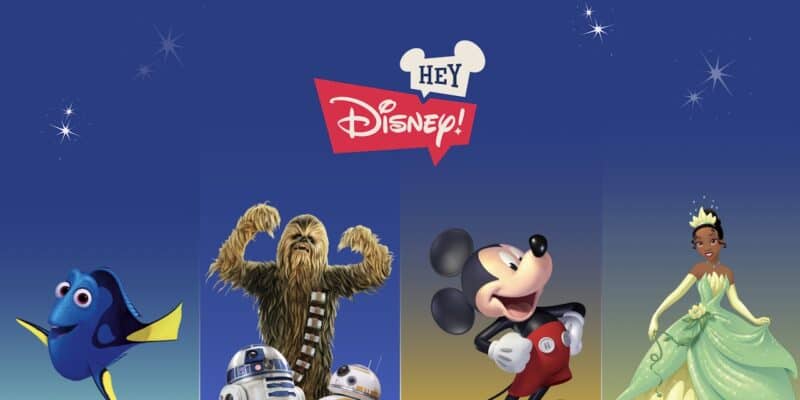 Amazon and The Walt Disney Company are two of the largest corporations on Earth. This makes today’s announcement that the two companies will be partnering for a “Hey, Disney!” collaboration involving Amazon Alexa more than a little bit exciting to those who follow tech news.

As we kick off the 50th anniversary of Walt Disney World Resort, we’re excited about the ways that technology will add to our celebration – and beyond. Today we announced a project with Amazon called “Hey, Disney!” With it, we’ve created our own custom assistant, using Disney stories, characters and more – all built on Amazon’s Alexa technology.

Whether you’re at home or in one of our Walt Disney World Resort hotel rooms, soon you’ll be able to use an Echo device to interact with your favorite Disney, Pixar or Star Wars characters. “Hey, Disney!” will make your vacation easier, more meaningful and more fun … and it will entertain and delight you when you’re at home, too. It raises the bar for immersive storytelling with authentic character voices, unique audio environments inspired by our films and destinations, and more than a thousand magical interactions to discover – so you can expect a few surprises!

We’ll have more to share soon about “Hey, Disney!” and other ways that technology and innovation will continue to help us make magic and create the Disney Difference – setting ourselves apart in the world of dream vacations, renowned family entertainment, and innovative products and experiences around the world.

While the post did not detail precisely when the “Hey, Disney!” collaboration will roll out, it is sure to add to the magic for Disney Parks fans who can’t visit Walt Disney World Resort for its 50th anniversary celebration.

Related: You Can Turn Your Amazon Echo Dot Into Baby Yoda!

If you are interested in learning more about Amazon Echo and Amazon Alexa smart assistants, visit the devices’ official webpage.

Are you excited to learn more about this new Amazon and Disney partnership?