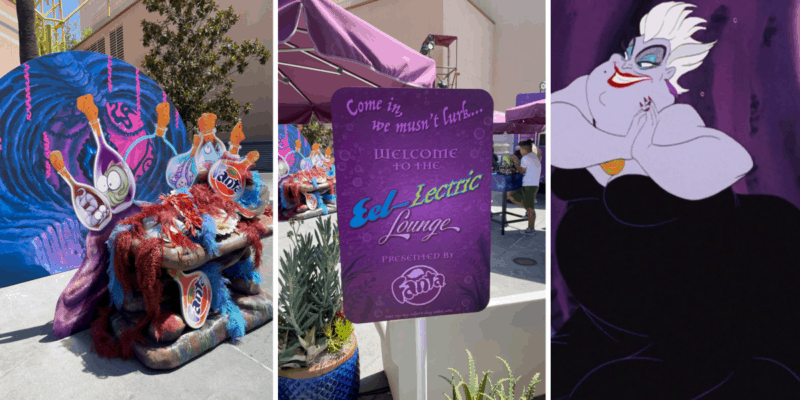 Calling all Disney fans and foodies! We have some Fanta-stic news for you. The popular beverage brand Fanta has taken over a food truck at a Disney Park, and it has resulted in some delectable offerings.

Here’s the latest foodie update we’ve got for you — a delicious Disneyland food truck that’s serving the perfect menu for Halloween!

If you are a frequent visitor of Disney California Adventure Park at Disneyland Resort,i chances are you have stumbled across the Studio Catering Truck in Hollywood Land. This food truck often serves up some seasonal and themed offerings that we always love to try.

This season, Fanta moved into the Studio Catering Truck, offering some delicious food items with a Fanta twist!

Per the Halloween Time 2021 foodie guide shared to Disney Parks Blog, the following seasonal dishes are available for purchase:

Appropriately coinciding with the Halloween Time spooky season at the Disneyland Resort, Studio Catering Co. featuring Fanta actually has a subtle under-the-sea theme. And, actually, it truly does appear to be inspired by Ursula, the sea witch from the popular 1989 Walt Disney Animation Studios film, The Little Mermaid.

Related: Everything We Know About ‘Descendants 4: The Royal Wedding’

Of course, being huge Descendants fans, we can’t help but think of Uma when we walk past the truck. If you have also seen the films in the Descendants, franchise, you know that Uma is Ursula’s daughter, and although she is not quite the sea witch that Ursula is, she certainly is a force to be reckoned with.

The official Disneyland Resort website does not currently say that the theme of the Studio Catering Truck is part of the Halloween Time offerings at Disney California Adventure, but the sea witch inspiration is, of course, quite noticeable to Disney fans. It’s even called the Eel-lectric Lounge. Just see for yourself!

There’s even a photo opportunity!

By the way…while dining at Disney California Adventure, I ordered the loaded potato bites. If you like spicy food, these are next-level spooky spicy (and yet still delicious!).

Click here to read our full guide to Halloween 2021 at the Disneyland Resort!

Want to try all of the amazing Halloween food and beverage items at the Disneyland Resort this season? Click here to book a trip!

Comments Off on Fanta Took Over a Food Truck at Disney! And It’s…Ursula-Themed?!