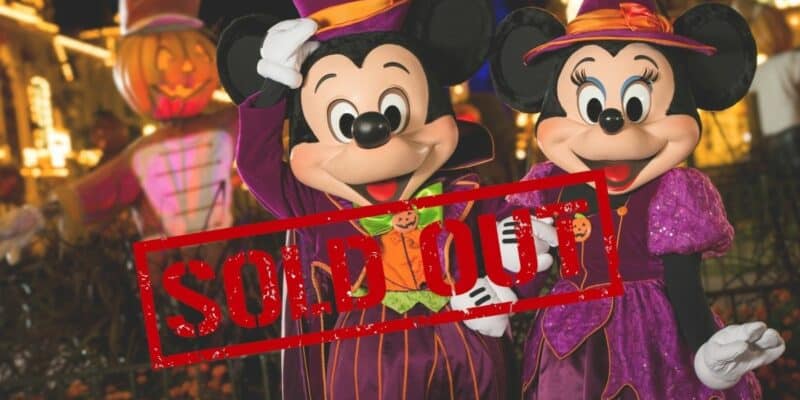 Now, as reviews are pouring in about the new After Hours event as it officially kicked off last week, it seems as though fans are wanting to experience the latest Halloween offerings during Disney After Hours Boo Bash as more dates are selling out. In fact, if you want to attend Boo Bash, there are very slim pickings left.

We previously reported that only eight dates remained available for Disney After House Boo Bash — now, after further examining the calendar, we found that Guests can only choose from two dates.

The dates that are still available are as follows, as seen in the screenshot below:

Related: Boo Bash Attendees Speak Out on If Disney After Hours Event Is Worth It

Currently, these are all the Boo Bash dates that are sold out:

Keep in mind that Disney After Hours BOO BASH is a special three-hour event that begins when Magic Kingdom closes! Guests will experience special Halloween party music, boo-tiful decorations, and character cavalcades to celebrate the spooky season. Guests of all ages will also be able to dress in costume for the occasion and even get their fill of Halloween candy, exclusive food offerings, spooktacular entertainment, experience favorite attractions, and more!

This year’s Halloween event will run on select nights from August 10 through October 31 at Magic Kingdom.

Will you be attending Disney After Hours BOO BASH? Let us know in the comments below.