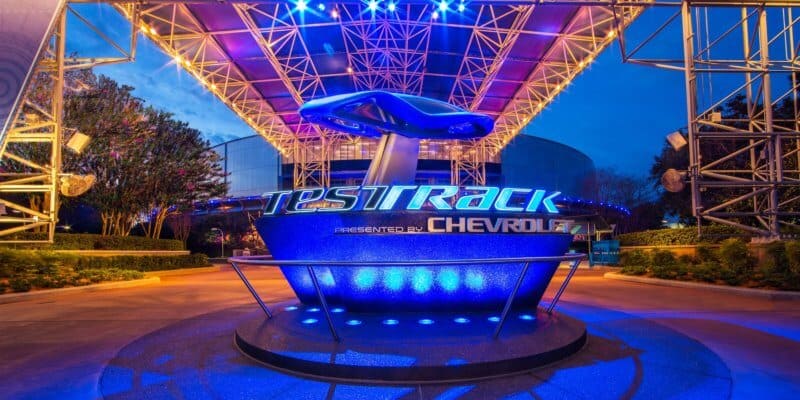 Test Track is a high-speed, thrilling attraction located at EPCOT in Walt Disney World that allows Guests to create their own virtual concept car and then “take it” out for testing to see how it holds up in inclement weather, around curves, up hills, and more.

This ride always draws a long line as Guests love riding Test Track over and over again. However, according to a new permit, it looks as though this popular attraction will undergo construction in the near future.

Related: Test Track Had an Emergency Evacuation This Past Weekend

According to a new permit filed by Walt Disney Parks and Resorts, Test Track may undergo a construction update in the near future. The permit, which is for 1440 Avenue of the Stars Bay Lake, FL 32820 (also known as the location of Test Track) is for “general construction” with the contractor USA Venueserv, Inc.

It seems as though this construction is not anything major as the ride is not listed on Disney World’s refurbishment calendar, meaning whatever this permit is for will likely not affect the operation of the attraction. Though, we do want to note that this attraction has been facing several issues as of late, so it is possible this permit is relating to that.

Again, Disney has not confirmed exactly what this permit is for, but Inside the Magic will update you as we get information.

More on Test Track at EPCOT

If you have never been on this thrilling EPCOT ride, the official Walt Disney World website describes Test Track as:

Related:OpEd: Disney Needs to Bring Back the Old Version of Test Track