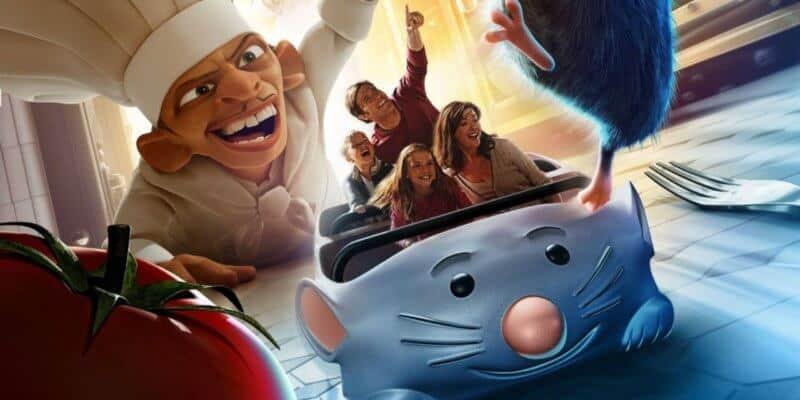 Disney World fans cannot wait to ride Remy’s Ratatouille Adventure, a new family-friendly attraction coming to EPCOT. The ride is set to open on Walt Disney World’s 50th anniversary and EPCOT’s birthday — October 1 — however, select Guests will have a chance to experience the attraction before it opens to the public!

If you are a Disney Vacation Club member, you are in luck because Disney is giving you a chance to ride Remy’s Ratatouille Adventure before October 1. The best part is that emails have officially gone out informing DVC members of exactly when these opportunities will take place.

Jennifer S., a DVC member, Tweeted this morning saying that she received an email regarding Remy’s Ratatouille Adventure previews:

I got the DVC preview email this morning! Dates at September 5, 17 and 20!

I got the DVC preview email this morning! Dates at September 5, 17 and 20!

And reporter Scott Gustin also Tweeted saying that DVC emails have gone out:

The DVC preview details are out. September 5th, 17th and 20th. Emails went out earlier this morning to DVC guests with overlapping stays.

The DVC preview details are out. September 5th, 17th and 20th. Emails went out earlier this morning to DVC guests with overlapping stays. pic.twitter.com/g5tLJv5479

If you are a DVC member, we suggest you act fast as we suspect spots will fill up fast. Additionally, if you are an Annual Passholder, you, too, will have a chance to ride Remy’s Ratatouille Adventure before its grand opening. At this time, emails have not gone out to Annual Passholders, but Inside the Magic will update you as we get information.

Are you a Disney Vacation Club member? Did you reserve a spot to experience Remy’s Ratatouille Adventure? Let us know in the comments below.