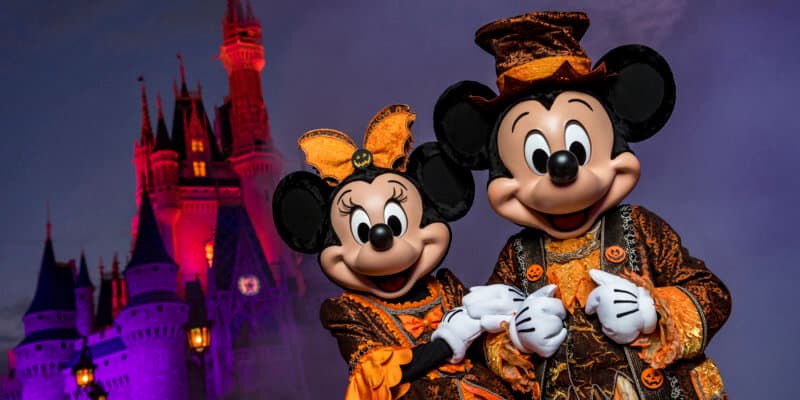 Disney is hard at work preparing for the 50th anniversary of the Walt Disney World Resort. Cinderella Castle is beautifully decorated, special merchandise has gone on sale, but there is still more to come!

Despite the hot temperatures of August, Magic Kingdom has been transformed into a Halloween dream. The first Disney After Hours Boo Bash event has already happened and will continue to happen through October, but Disney has more up its sleeve when it comes to Halloween.

Back in July, Disney confirmed that as the 50th anniversary overlaps with Halloween, there will be some special decorations popping up inside the Magic Kindom!

So if you visit Magic Kingdom in August or September to enjoy the current (and classic) Halloween decorations, keep in mind that you will want to visit again in October to see the new decorations that Disney is bringing out specifically for 50th anniversary. This additional limited-time decor inspired by “the enchanting story of Cinderella” will be in the EARidescent color scheme that is featured in every park for the 50th anniversary of Walt Disney World.

If you want to visit the Magic Kingdom multiple times this fall, you are in luck, Disney has also confirmed that they will be restarting the sale of Annual Passes ahead of the 50th anniversary!

Magic Kingdom is also receiving a new nighttime spectacular that will replace the current Happily Ever After. Disney Enchantment will debut on October 1.

let us know if you are excited to see more Halloween decorations come to the Magic Kingdom in October!

Comments Off on Even MORE Halloween Is Coming to Disney World This Year!