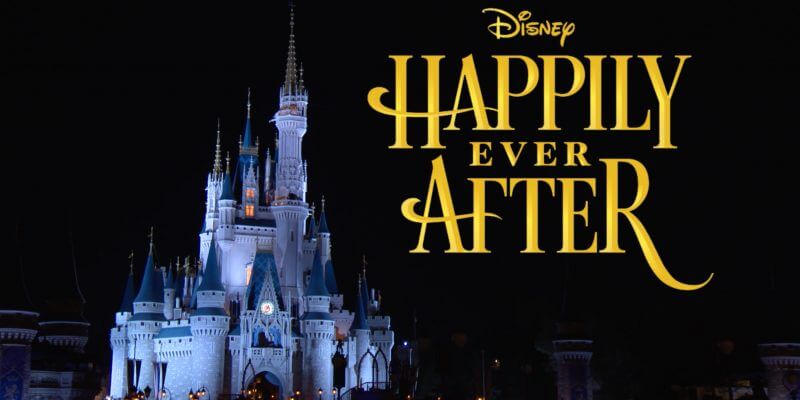 A brand-new nighttime show called Disney Enchantment will debut on October 1 at Magic Kingdom in honor of Walt Disney World’s 50th anniversary. With that being said, have we seen the last of Magic Kingdom’s Happily Ever After? Here’s what we know so far.

We highly suspect that during the entire 50th anniversary, Walt Disney World will only show Disney Enchantment as it is highly unlikely that Magic Kingdom will show two nighttime spectaculars or even alternate shows every other night. From what we can tell, Disney Enchantment will be a nightly occurrence.

With this being said, the 50th anniversary will last for 18 months — into 2023. Therefore, we can speculate that Disney Enchantment will show at Magic Kingdom every night until then. So come 2023, when the 50th anniversary ends, will Disney bring back Happily Ever After, or will they debut another new nighttime show?

With Happily Ever After still being semi-new, I personally cannot see Disney debuting yet another new nighttime show. Therefore, come 2023, I suspect Happily Ever After to return to light up the night sky once again at Magic Kingdom.

We can also look at what Disney World’s sister park, Disneyland, did for special events. When Disneyland celebrated their 60th anniversary, Disneyland Forever debuted as the nighttime spectacular, which premiered alongside the Paint the Night parade and World of Color—Celebrate! on May 21, 2015. Disneyland Forever came to an end in September 2016, and that is when Fantasy in the Sky returned to the theme park.

Since then, Disneyland brought back Disneyland Forever for a short time from June through September 2019 as well as older fireworks shows including Remember… Dreams Come True.

Additionally, when Disneyland announced fireworks would return after being temporarily halted due to the pandemic, they shared that Mickey’s Mix Magic will be presented nightly throughout the summer, which is a fireworks show that debuted in January 2019.

At this time, this is pure speculation and Disney has not announced an official end date for Happily Ever After. Inside the Magic will keep you updated on all things Disney as we receive information.

What do you think? Will Disney debut another new nighttime show come 2023 when the 50th ends? Or will they bring back Happily Ever After? Let us know your thoughts in the comments below.

Comments Off on After Disney World’s 50th Ends, Will Happily Ever After Return?