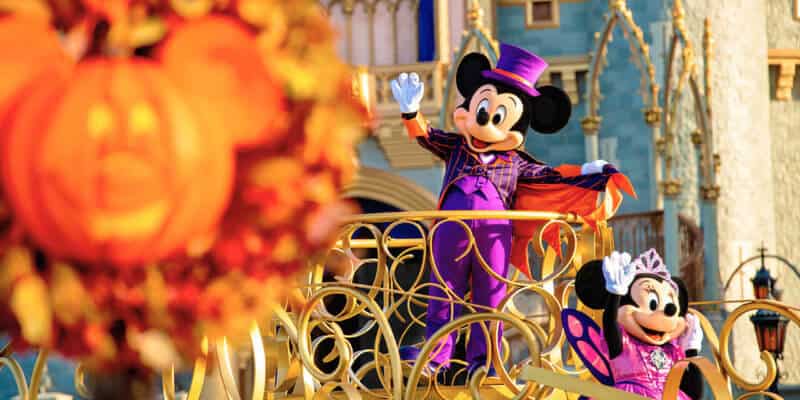 2020 was a tough year for many Disney World Guests, with several amenities and offerings suspended as the theme parks navigated a phased reopening and operations during the pandemic. Although Disney World still has a long way to go until normal operations are completely resumed, we are seeing some steps “back to normal,” especially now that we’re nearly halfway through 2021.

One big loss that Disney World Guests had to incur was the fact that Disney After Hours events and seasonal parties were not running at all after the parks reopened in summer 2020. This means that Mickey’s Not-So-Scary Halloween Party and Mickey’s Very Merry Christmas Party were put on hold — there were no Disney After Hours events or seasonal Halloween and Christmas parties for a very long time.

As we continue to navigate through 2021 and vaccination rollout continues to increase across the country, it seems Disney is ready to get spooky again! As we previously announced, Disney is going to be hosting Disney After Hours Boo Bash this year for a select 23 nights where Guests can dress up, see their favorite spooky pals (including Maleficent’s fire breathing dragon), and even score some candy while hopping on their favorite attractions at Magic Kingdom!

As new information continues to be revealed about Disney After Hours Boo Bash, we have also learned that Magic Kingdom will be decorated in a new way that will tie into the decor set out for the 50th anniversary celebrations during the Halloween season! Disney Parks Blog announced:

Considering the 50th anniversary will begin right as Halloween is really ramping up, it will be exciting to see a stunning fall backdrop that will glimmer as Guests snap photos in their Halloween costumes!

For full details on Disney After Hours Boo Bash, click here! For all of the dates and prices of the event, click here.

Do you plan on attending Disney After Hours Boo Bash?