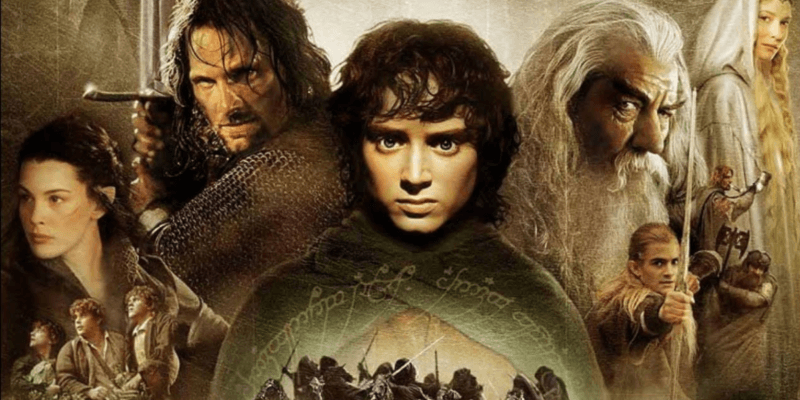 Construction walls have recently gone up around Poseiden’s Fury at Islands of Adventure at Universal Orlando Resort. The forgotten area of the park has been the topic of major rethemes possibly coming to the popular theme park. So, could this be the perfect time for The Lord of the Rings to come to Universal?

The Lost Continent island of Universal’s insanely popular Islands of Adventure theme park features some of the coolest theming in the entire park, but it’s often a widely forgotten section of the Universal Orlando Resort.

Unfortunately, the land has remained mostly closed due to the COVID-19 pandemic, as its Poseidon’s Fury walk-through special effects show has remained closed for over a year and a half.

This week, the Orlando Informer (@OrlandoInformer) shared a photo on Twitter of construction walls popping up in front of Poseidon’s Fury:

Walls have appeared around the perimeter of Poseidon’s Fury at Islands of Aventure!

Walls have appeared around the perimeter of Poseidon’s Fury at Islands of Aventure! 🔍 pic.twitter.com/wVAxNwNffP

As Inside the Magic previously reported, Poseidon’s Fury is scheduled to receive some refurbishments in the month of August. As a result, Universal Studios fans will hopefully be enjoying this attraction once again soon.

However, seeing Universal give some TLC to the highly forgotten and pretty outdated section of their mega-popular theme park raises the idea that it’s a great time to retheme The Lost Continent altogether.

In the past, there have been numerous reports that Universal Studios is eyeing to bring Mount Doom, the One Ring, dark lord Sauron, and Frodo Baggins to their theme parks.

Recently, reports suggest that Universal Studios Orlando’s upcoming third-gate, the all-new theme park, Epic Universe, could be the future home of land inspired by the films in the Rings trilogy or Hobbit trilogy.

While Poseidon’s Fury is receiving a refurbishment —  not a retheme — Universal fans commenting on Orlando Informer’s Tweet mostly shared their opinions on entirely removing the land.

Get rid of it.

Get rid of it

Another fan, Jesse, shares the opinion of many people commenting on the Tweet, hoping a Legend of Zelda land comes to Islands of Adventure.

If this ends up being Hyrule from The Legend of Zelda, I’ll buy 10 Annual passes back to back.

If this ends up being Hyrule from The Legend of Zelda, I'll buy 10 Annual passes back to back.

Super Nintendo World is making its way to Universal’s Epic Universe theme park, but based on a version of the land that has already debuted in Japan, we see that the land features only popular Nintendo characters like Mario, Luigi, and Bowser. It’s a no-brainer on the potential popularity, should Universal consider adding a Zelda-themed land or even Animal Crossing-inspired land.

It’s also a safe bet to bring The Shire, Rivendell, or Mordor to Islands of Adventure, and the current theming of The Lost Continent could blend perfectly with Middle-Earth and having a Gollum or Gimli animatronic would be mindblowing.

The Lord of the Rings has a massive fan base, and Universal would likely be making a massive profit off the land because of that. Even if they combined Rohan, Gondor, or Helm’s Deep and created an original Middle-Earth land out of the existing Lost Continent area, fans of all ages would be greatly pleased.

Utilizing the abandoned amphitheater in the land and show building for Poseidon’s Fury would give the Universal Team some budget options, and they could expand the Rings area with new attractions and dining experiences over the years.

Featuring the greatest battles with the Rohirrim, having interactive bow and arrow lessons with Legolas, and using the incredible talent from Universal Studios to bring evil Sauron to life is a no-brainer for Islands of Adventure.

At the moment, Universal Studios Orlando is not replacing The Lost Continent, but from what I can tell, recent construction proves it’s a great time for Lord of the Rings to come to universal! For now, we’ll have to see if any of the film franchises inspired by J.R.R. Tolkien’s work end up making it to the theme parks.

Do you want to see The Lost Continent replaced? Let us know in the comments below!