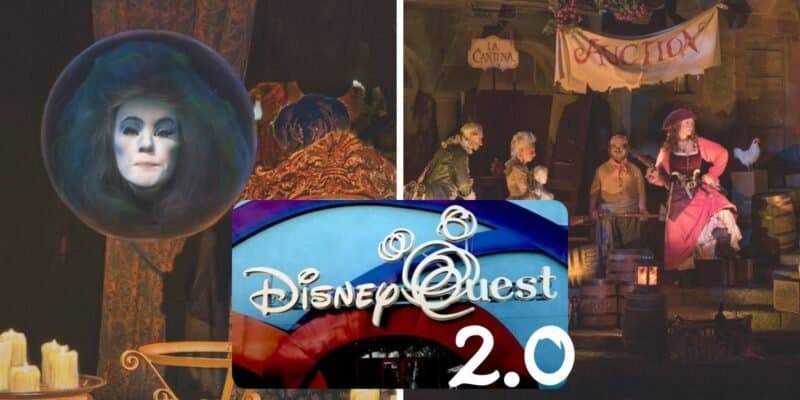 It was recently announced that Disney decided to not reopen the short-lived NBA experience at Disney Springs in Walt Disney World.

The NBA Experience, which replaced the popular DisneyQuest in the summer of 2019, operated for just several months before the pandemic forced Disney World to temporarily close in March 2020. Now, however, it has been revealed that the NBA Experience will not reopen at all, and it seems this news has upset hardly anyone.

In fact, many are already asking Disney to bring back DisneyQuest.

Others are getting a bit more creative and are hoping Disney creates a DisneyQuest 2.0 with Disney-themed escape rooms!

Related: Can You Unlock the Magic Kingdom? Try a Virtual Disney Escape Room!

One Reddit thread gathered several comments, with Disney World fans each pitching their own idea for a Disney-themed escape room that could replace the NBA Experience in Disney Springs. The Disney fans are calling it DisneyQuest 2.0, and let me tell you — the ideas are absolutely incredible!

For starters, of course, a lot of users came up with a Haunted Mansion or Tower of Terror-themed escape room. Reddit user tarlady6669 wrote:

Having to escape the Haunted Mansion before taking the Ghost Host’s way. They could even keep the same intro, “Consider this dismaying observation, this chamber has no windows and no doors…which offers you this chilling challenge; to find a way out! Of course, there’s always my way…” and cue the countdown. I would actually kill for this.

And another user, b_eth, pitched not only Haunted Mansion or Tower of Terror, but a Buzz Lightyear-themed room:

An escape room based on the Haunted Mansion is of course the no-brainer, but I’d love to see Hollywood Tower Hotel or Buzz Lightyear with all the blacklights a laser beams!

Or it could go completely other themed: Jungle Cruise/Adventurer’s Club escape room. There’d be lots of opportunities for “in” jokes, silliness, and lore!

To which fokker09 replied with:

I hadn’t considered an S.E.A. room – maybe even telling the story of where they came from, what they’re doing, what’s in store. You’re right. SO MANY OPPORTUNITIES!!!

And ShoupShnakes had a few different ideas they wanted to share:

This got me buzzing.

Aladdin themed for so many reasons. Jafar could restrict how much time you have to save Abu from a cage and find Genie’s lamp before he whisks Jasmine away on a carpet.

The Little Mermaid/Find Nemo. Because underwater.

Toy Story theme and you’re toy sized so the furniture and household items are all oversized.

Without any need for explanation or further description, Star Wars.

The Incredibles and you save the planet from some evil doers evil plans if you solve all the puzzles and crack their computer password.

Pirates themed. Following a similar story to the original film. You could start shackled in a cell, and have to find the key. Then, once you’re out, you have to find the gold to break the curse that has been placed upon you. The British navy are trying to stop you along the way.

What do you want to see replace the NBA Experience? If Disney were to bring escape rooms to Disney Springs, what themes would you like to see included? Let us know in the comments below.