Splash Mountain Gears Up For Construction Project - Inside the Magic 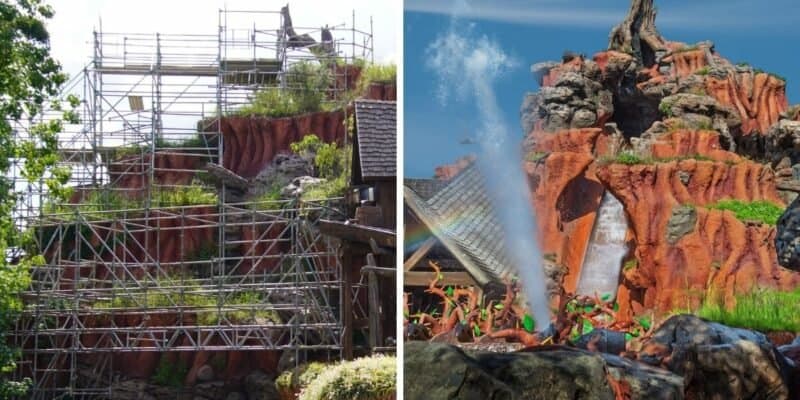 Earlier this month we reported that scaffolding appeared on the side of Splash Mountain, which many suspected could be for the upcoming The Princess and the Frog retheme (though nothing has been confirmed at the time of publication).

Now, more scaffolding is appearing on Splash Mountain. The good news is that the ride remains open for Guests.

Bioreconstruct took to Twitter to share a recent photo of the scaffolding at the side of Splash Mountain, writing:

Scaffolding at side of Splash Mountain (which is open for guest riding).

Scaffolding at side of Splash Mountain (which is open for guest riding). pic.twitter.com/G3dnUyIE5F

Though Disney has not announced why this scaffolding has appeared, it is clear that the attraction is gearing up for some type of construction. It is important to note that though this could be part of the upcoming The Princess and the Frog retheme, it has not yet been confirmed and this could be part of another construction project happening on the Frontierland attraction.

In fact, at this time, we do not have a date as to when Disney will make these changes to Splash Mountain at Disneyland and Disney World, but Melissa Valiquette, Vice President of Magic Kingdom recently stated “When we are reimagining a new attraction or area, this can be a lengthy process”, indicating it could be some time before we see Tiana take over Splash Mountain.

What do you think the new scaffolding at Splash Mountain is for? Let us know in the comments below.