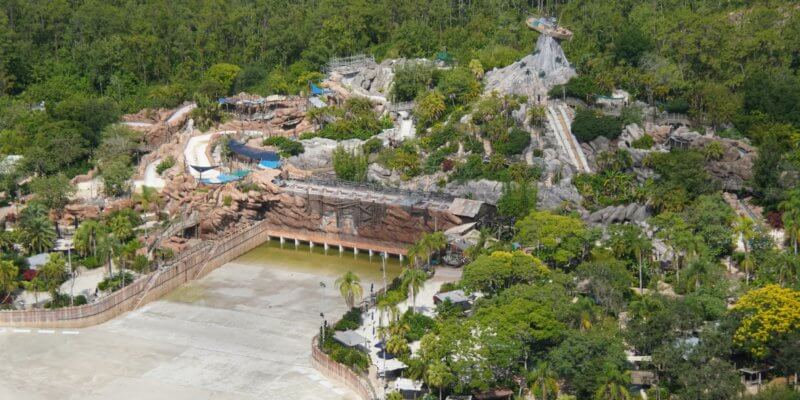 The Walt Disney World Resort has undergone many challenges over the past year as they have had to navigate the murky waters of the ongoing COVID-19 pandemic. The theme parks had to find a way to slowly begin to resume operations while creating a safe environment for Guest and Cast Members, all while still giving Guests the feeling that they were entering the Most Magical Place on Earth!

Disney World has come a long way since its reopening in July of 2020, increasing capacity, returning fireworks to Magic Kingdom and EPCOT, removing mask mandates for fully vaccinated Guests and Cast Members, and more. However, there is still one major aspect of Disney World that remains untouched by Guests, and that is Typhoon Lagoon.

We have seen Blizzard Beach reopen its doors to Guests, but the fan-favorite Typhoon Lagoon has remained dry to the bone. We recently reported on the state of the water park, showcasing the very abandoned look of it as all water has been drained from what once was a water-filled theme park.

Photographer Bioreconstruct (@bioreconstruct) took some spectacular aerial shots of the theme park, and in a closer view of the now drained wave pool, we can see that there is scaffolding along the sides of the walls.

Aerial look at the drained wave pool in Typhoon Lagoon.

Heather (@DznyGrlSD) responded to the Tweet with a zoomed-in view of the scaffolding, making it much easier to see.

What is this scaffolding for?

Although we do not necessarily know exactly what is going on with the scaffolding, Disney may be continuing to provide maintenance to areas of the theme park. We have seen permits filed for Typhoon Lagoon in the past, which could be in coordination with updates and construction that must be done.

If Disney still has maintenance to do on Typhoon Lagoon, and the water remains drained, it seems unlikely that we will get a reopening date for the water park in 2021, especially considering we are already in the peak season for water parks at Disney World. That being said, those thoughts are purely speculation on my end, and of course, Disney may choose to surprise us!

When do you think Typhoon Lagoon will reopen? Do you think the water park requires updates?