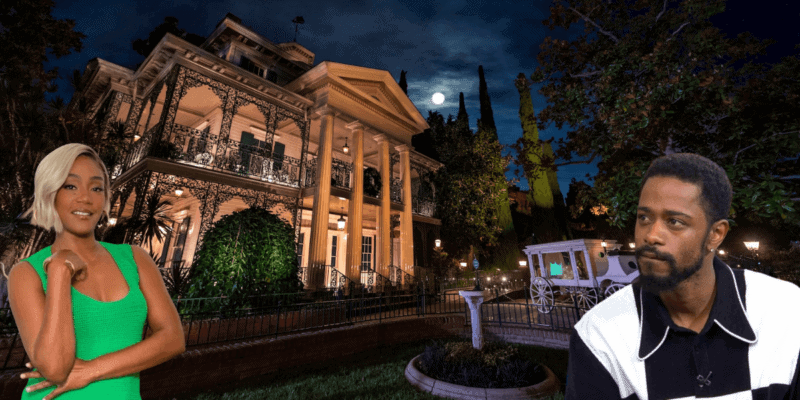 In 2003, Disney decided to release a new live-action film based on an iconic attraction, the Haunted Mansion.

The film of the same name featured superstar Eddie Murphy as Jim Evers, a real estate agent who takes his family to the creepy titular house only to realize that there are 999 haunts who may or may not be too happy to see him. The film also starred Marsha Thomason, Marc John Jeffries, and Aree Davis.

Even though the Haunted Mansion is an extremely popular ride among a majority of Disney fans, the film was considered to be a total flop. Critics and audiences alike panned that film that they found neither funny nor spooky. The 2003 Haunted Mansion pic has only a 14% Critics score and a 30% Audience score on Rotten Tomatoes.

However, Disney is not one to let failure go lightly — as they are convinced that a successful, popular Haunted Mansion movie is possible. Because of that belief, Disney is reportedly in talks with two major Hollywood actors to fill the lead roles for the new take on the movie.

Per a new article by The Hollywood Reporter:

Comedienne Tiffany Haddish and Oscar nominee Lakeith Stanfield are in negotiations to star in Haunted Mansion, Disney’s family adventure spookfest based on one of the company’s signature rides.

The story will follow a family that moves into the titular mansion. Stanfield would play a widower who once believed in the supernatural but is now a rather lifeless tour guide in New Orleans’s French Quarter. Haddish would play a psychic hired to commune with the dead.

Haddish is known as a comedic powerhouse in the acting world, having starred in films such as Girls Trip (2017) and Like a Boss (2020), and Stanfield has shown his superb acting chops in both comedies and dramas, like Knives Out (2019) and Judas and the Black Messiah (2021). The film is reportedly being penned by Justin Simien, writer of Dear White People.

The new Haunted Mansion film is scheduled to begin production this fall and is yet another film to feature a story based around a popular Disney Parks attraction. Jungle Cruise starring Dwayne Johnson and Emily Blunt will be released on July 30 and is already receiving rave reviews.

Are you excited to see Disney making a new Haunted Mansion movie? Let us know in the comments!