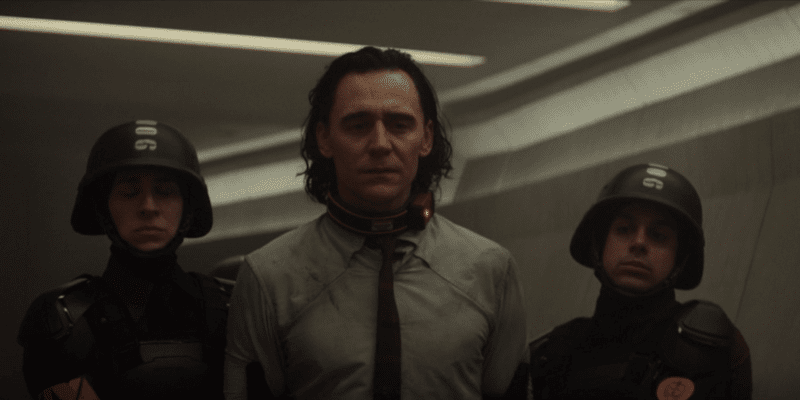 Wednesday’s have never been so exciting. Ever since Marvel launched its third Original television series, Loki, on Disney+, fans have been treated to new adventures and thrilling moments from the superhero movie studio for the last four weeks.

Joining the Disney+ Marvel portfolio, Loki tells the story of the infamous trickster God of Asgard — Thor’s brother, Loki — as he faces deletion from reality following his side-step into a new timeline with the Tesseract courtesy of the Avengers “time-heist” escapades. It’s clear Marvel is entering a new, more intense phase of stories but there was one thing that the studio had concerns over.

Beginning June 9, Loki debuted to enormous success — big enough in fact to signal the move from Fridays to Wednesdays for Original content moving forward. With Tom Hiddleston back in the titular role of the Marvel Comics character, the new series also welcomes Owen Wilson’s character Mobius and Gugu-Mbatha Raw’s Ravonna Renslayer as members of the Time Variance Authority (TVA). The TVA manages the Sacred Timeline — which Loki, or rather Miss Minutes (Tara Strong) brilliantly explained in its season premiere — and enlists Hiddleston’s Loki to help solve a rather interesting mystery.

Coming in at only six episodes, director Kate Herron has a big story to tell in a relatively short amount of time, at least in TV show terms. However, it has been said in the past that Marvel is looking at its Disney+ series’ as longer, more detailed feature films — also clear from their lack of showrunners, instead opting for a movie approach of one director for the multiple episode seasons.

What’s even more interesting is how Marvel is fitting its new projects into the greater shared universe. As we know, Kevin Feige’s Marvel Cinematic Universe is constantly expanding as each new series and film is released, with no signs of slowing down. This means that each new head writer/director duo must carefully manage their own creativity with that of this growing, overarching mode of storytelling.

Michael Waldron is the head writer for Loki, and he must be doing a good job too in the eyes of the Marvel boss as he is tipped to scribe the ultra-elusive Feige Star Wars project over at Lucasfilm.

Spoilers ahead for Loki Episode 4: “The Nexus Event”

Last week, Loki‘s fourth episode, “The Nexus Event”, threw everything we had come to know so far about the world of the TVA up in the air. When Loki and his new accomplice, another Loki Variant, Sylvie (Sophia Di Martino) finally came face to face with the orchestrators of the TVA — the Time-Keepers — everything changed and fans were likely left in awe at the explosive direction of the episode.

Viewers had only heard myth and legend surrounding these secretive characters but as the dramatic episode wore on, it turned out they were animatronics, suggesting that the introduction of the real villain in the Marvel series is imminent.

With varied pacing throughout the series so far, it is easy to see how some fans might think Herron’s show is moving a little too fast. And, as it happens, so did Marvel.

Eric Martin, one of the writers for Loki and the one who broke fans’ hearts in “The Nexus Event”, took to Twitter last week, sharing commentary on the episode via a Midnight watch along.

We took some HUGE swings this episode.Marvel definitely had some concerns that we were moving too quickly by taking the Timekeepers off the board. #LokiMidnightTheater

We took some HUGE swings this episode.Marvel definitely had some concerns that we were moving too quickly by taking the Timekeepers off the board. #LokiMidnightTheater

The Loki writer went on to say that in the end, the bosses at Marvel trusted their direction

But they saw where we were going and trusted us. So…we got to make a total barn burner with this episode. #LokiMidnightTheater

But they saw where we were going and trusted us. So…we got to make a total barn burner with this episode. #LokiMidnightTheater

It certainly was a “huge swing” to take out what viewers had come to terms with as the villains of the entire television series. Although, nothing is ever as it seems with any Marvel project and elimination of the Wizard of Oz-style Time-Keepers will definitely raise more question marks — especially after that post-credits scene, too.

With only two episodes left, will the “death” of the Time-Keepers pave the way for a big reveal of the true villain? Or, will Waldron and Herron leave it open-ended for another Marvel creator to pick up the bait? He could show up with Thor in Thor: Love and Thunder (2022), in Doctor Strange in the Multiverse of Madness (2022), or even in another Avenger epic within the Marvel Universe — who knows!

Were you surprised at the Time-Keepers being destroyed in the latest episode? Let us know in the comments!

Comments Off on Marvel Had Concerns Over Specific ‘Loki’ Plot Twist