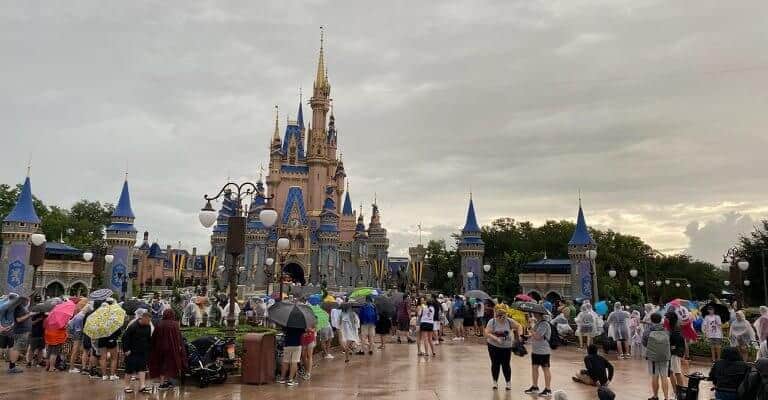 Disney Parks and Resorts have strict rules in place in order to keep Guests and Cast Members safe. Sneaking into the Parks and entering backstage areas are against those rules.

A new report states that a 31-year-old man climbed a wall at Walt Disney World in order to sneak into a theme park.

ClickOrlando reported on Monday that Johnny Tran was spotted on May 23 climbing a wall in an attempt to sneak into Magic Kingdom without paying for a Park ticket. According to investigators, Tran arrived at the Disney parking lot just before noon that day and did not pay for parking. A uniformed security guard, who was stationed at a checkpoint along the walkway that leads from Disney’s Contemporary Resort to Magic Kingdom, saw Tran near the entrance to a bus drivers’ breakroom. Tran reportedly looked around, walked up to a berm, and climbed over.

Another security guard told law enforement that he spotted the man walking out of a Cast Member-restricted door. The guard, who was in plainclothes and assigned in the Park, saw Tran enter Tony’s Town Square Restaurant (located in Town Square near Main Street, U.S.A., at Magic Kingdom). Tran then immediately exited the dining location and removed an overshirt. The guard made eye contact with the trespasser and took him to a security office.

Now, Tran faces charges of trespassing and petty theft for failing to pay for parking or the entrance fee for the Park. He is due for arraignment on July 27.

Before you visit any Disney property, is is important to be aware of the rules that Disney has set in place for the safety of everyone. Disney Parks and Resorts have strict rules about trespassing. Of course, all Guests must have valid admission (including a theme park ticket or Annual Pass as well as a theme park reservation) in order to enter any of the Disney World theme parks. But if you want to park your car on Disney property, that is an additional fee. Tran not only did not pay for parking or a theme park ticket, but also he trespassed in backstage areas.

The Walt Disney World Resort official rules state that “unauthorized access or entry into backstage areas or areas designated only for Cast Members” is strictly prohibited. Disney also reserves the right to remove any Guest from property.

Comments Off on Man Climbed Wall to Sneak Into Disney Park