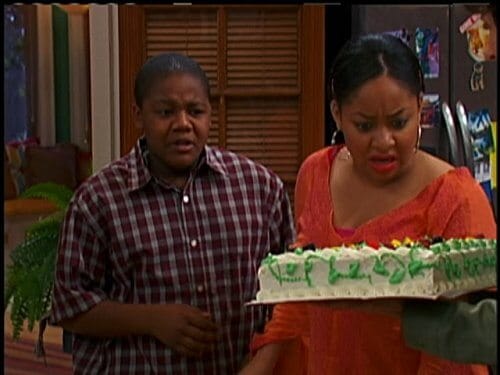 Things seem to have gone from bad to worse for former Disney Channel star Kyle Massey. The That’s So Raven star was supposed to show up for court on July 12 in order to plead to the charges against him, but the 29-year-old did not show. Because of this, the judge in Massey’s case issued an arrest warrant for Massey.

Massey was one of the main stars of That’s So Raven and played Cory Baxter, the younger brother of the show’s star Raven-Symoné. The show ran from 2003 to 2007 and was one of the many hit shows to play on the incredibly popular Disney Channel during that time. The show fell in with other popular shows during that time, such as Lizzie McGuire, Kim Possible, and Phil of the Future.

Massey’s character in That’s So Raven was so popular, that in 2007, when the show ended, Massey was given his own spinoff, Cory in the House. The show focused on Massey’s Cory moving to Washington D.C. with his father, played by Rondell Sheridan, when his father becomes a White House chef. The show had two seasons and ran from 2007 until 2008.

In late June, the actor was charged with one count of Communications With a Minor for Immoral Purposes. The felony charge comes after Massey was sued in 2019 for sending inappropriate text messages, photos, and videos to a girl who was only 13-years-old. Due to the fact that Massey communicated with the minor via an electronic device, the charge was a felony. If convicted, Massey could face up to five years in prison and a $10,000 fine, and he would be required to register as a sex offender.

This is technically the second chance that Massey was given to show up to his court date. He was originally scheduled for arraignment back on June 28. Massey missed that date, but the judge decided to give him another opportunity to show up and plead either guilty or not guilty to the charge against him. While Kyle Massey’s lawyer has said that his client did not receive any information on a court date, the King’s County District Attorney’s office has said that Massey has acknowledged his court dates in the media and has simply decided to not show up.

The warrant issued for Massey is for $100,000, which is the amount his bail will be if/when he is arrested. There is a chance that Massey could decide to travel to Washington and turn himself in before he is arrested. He will still be required to pay bail if he turns himself in.

Are you sad or shocked to hear about Kyle Massey’s warrant? Let us know in the comments.