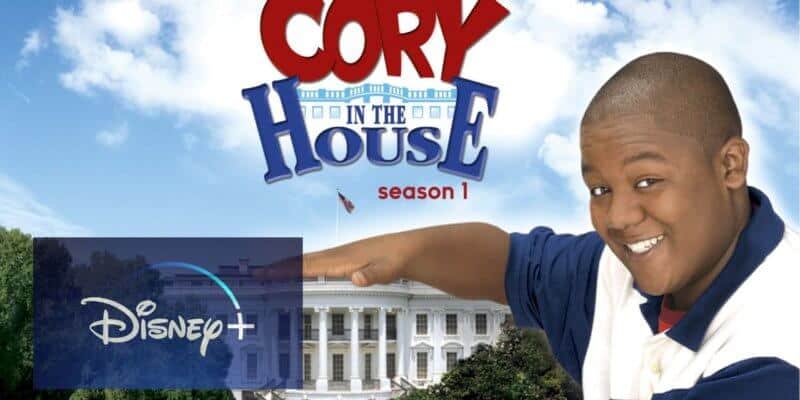 Over the past year, Disney has made it clear that they are not only leaders in the film and television division of entertainment, but also, they are beginning to dominate the world of streaming at the same time. Disney+ allows Disney lovers to check out all of their favorite Disney content, but there is a chunk of content that is still missing from the platform.

Cory in the House was a Disney Channel original show that starred Kyle Massey and acted as a spin-off from That’s So Raven, which starred Raven-Symoné. The show ran from 2007-2008 airing 2 seasons. Disney’s official description of the show is:

Cory In The House is about Cory and Victor Baxter, the son and father of Raven Baxter from “That’s So Raven”. The president of USA decides he needs a good chef, and hires Victor to be his personal chef. So the two pack their bags and head straight to Washington to live in the White House.

Interestingly enough, the show does not appear on Disney+ and yet, has an incredible following. Fans have even gone as far as to petition to have the show added to the platform, but it seems that Disney isn’t budging. The show’s title star, Kyle Massey, has decided to look at the situation from a comedic point of view.

Massey took to TikTok to pretend to be both himself and a Disney+ phone representative. In the skit, Massey asks for Cory in the House to be added onto Disney+, and the Disney+ representative does not understand why he would ever want that to happen, insinuating the show was bad. Considering Massey worked with Disney for years until he got his own show, and now that show is almost erased from existence without a home to watch it on — it is understandable as to why he has spoken up to say something about it.

If you want to take a look at the TikTok for yourself, check it out below.

Warning — The following video contains adult language. Please note that the language is not suitable for a younger audience.

If Disney were to add Cory in the House to Disney+, now would be a great time to do so. Considering that it is Black History Month, and the platform has been adding content such as Rodgers & Hammerstein’s Cinderella, Soul, Black Is King, Black Panther, Hidden Figures, and many more to the “Celebrate Black Stories” collection that is on Disney+, Cory in the House, which follows the Baxter’s, would be a perfect way to add to the collection.

What else is going on with Disney+?

Aside from leaving some titles out, the streaming service has done incredibly well this past year. Jon Favreau and Dave Filoni’s The Mandalorian has had two very highly successful seasons with new shows such as Ahsoka stemming from the platform due to the series. Also, with many movie theaters closed due to the ongoing COVID-19 pandemic, Disney+ has been the perfect way to still enjoy a movie night. Theatrical releases such as Soul and Mulan have been released on Disney+ to accommodate the current global situation, and Marvel series like WandaVision give Disney fans something to look forward to each and every week. With all the new content streaming on Disney+, the platform is in high competition with Netflix, Amazon Prime, and more.

Do you want to see Cory in the House on Disney+? Let us know in the comments below!