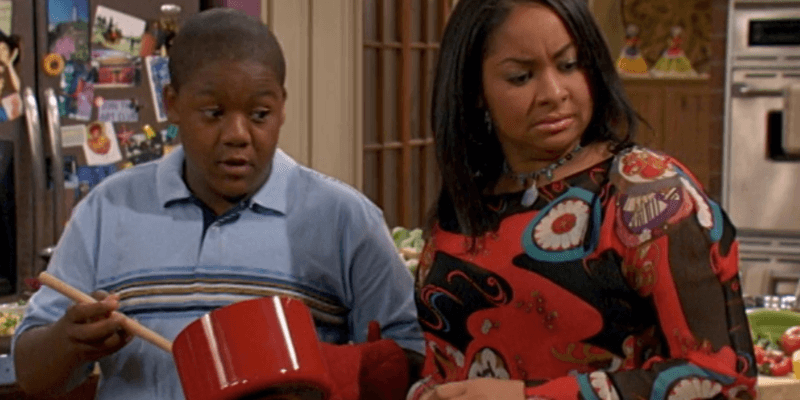 Some of The Walt Disney Company’s most beloved ventures are the television shows that dominated the Disney Channel in the 2000s. From Hilary Duff’s Lizzie McGuire to Miley Cyrus and Hannah Montana, Disney’s leading broadcasting platform brought many fan-favorite characters to worldwide fame.

Another hugely popular television show on the Disney Channel was Raven-Symoné’s, That’s So Raven, which ran from 2003-2007. The supernatural sitcom saw Raven-Symoné in the title role while Kyle Massey played Raven’s brother, Cory Baxter. In rather unsettling news, Massey has just been charged with a felony.

Massey starred in That’s So Raven for all four years of the television series being on air, before leading his own spinoff for the Disney Channel, Cory in the House — the actor and rapper starred in every episode of the original sitcom along with Raven-Symoné. Acting also runs in the family with Massey’s brother being Zoey 101‘s Christopher Massey.

The report of his charges come two years after the actor was sued for allegedly sending explicit images and text messages to a minor.

Kyle Massey, who starred on the Disney Channel shows “That’s So Raven” and “Cory in the House” in the 2000s, has been charged with one count of immoral communication with a minor, according to court documents filed in June.

The report reveals the detail of Massey’s charges, and the history behind the case which began in 2019 when the former Disney Channel star was sued:

The felony charge was filed on June 14 in King County, Wash. The charge comes after Massey was sued in early 2019 for allegedly sending explicit photos, texts and videos to a 13-year-old girl.

Variety goes on to describe the lawsuit that Massey had become entangled with:

The lawsuit was for intentional infliction of emotional distress, harmful matter sent with intention of seducing a minor, attempting to commit a lewd act with a minor and annoying or molesting a minor.

The 2019 lawsuit, which saw the unnamed girl and her family sue Massey, explained the events leading up to her suing him. Per Variety:

In the lawsuit, the unnamed girl alleged she met Massey when she was four years old and kept in touch with him because she was interested in a career in entertainment. According to the lawsuit, Massey became close with the girl’s family and indicated that she should move from Seattle to Los Angeles to live with him and his girlfriend in Los Angeles.

The lawsuit suggests that Massey had instilled himself into the family unit, and communication between the alleged victim and Massey increased when the former allegedly became interested in a Disney Channel reboot:

The girl and her mother alleged in the lawsuit that Massey “held himself out as a father figure” to the girl, and contact increased in November 2018 after the girl indicated she was interested in a role on a rebooted version of “Cory in the House.”

At this time, there has been no official statement about a Cory in the House reboot from any Disney sources:

About a month later, Massey allegedly requested to be the girl’s friend on Snapchat, and shortly after sent her “numerous sexually explicit text messages, images and videos.”

The report concludes by stating that the girl is suing Massey for “at least $1.5 million”.

The court documents allegedly report that Massey failed to show for his arraignment on Monday, June 28, and the actor has yet to issue a statement on the lawsuit and the subsequent charge.

While it must be noted that Massey hasn’t been part of a Disney project since Fish Hooks in 2014, the actor played a huge role in the popular Disney sitcom, That’s So Raven, leading to masses of fans across the four years in which the television show was on the air. Massey’s spinoff series, Cory in the House, ran from 2007-2008.

Cory in the House marked a Disney Channel first, with the sitcom being the first spinoff of a Disney Channel Original. The series followed Massey’s character, Cory Baxter, as he moved with his father to Washington D.C. but ultimately only lasted for 34 episodes. Despite it being part of the Disney family, Cory in the House has yet to find a home on the company’s leading streaming platform, Disney+. That’s So Raven, as well as other Disney Channel favorites, can already be found on the service.

This led to Massey calling out Disney+ for the lack of Cory in the House in its immense Disney library. After, this recent charge and earlier controversy regarding the lawsuit, it seems unlikely that Disney will add Massey’s show to the streaming platform.

Keep in mind though, that Disney hasn’t made any statement about not including Cory in the House on Disney+ and that Massey’s departure from the Disney studio years ago means they may not offer to comment on the situation.

Are you shocked to hear this news regarding Kyle Massey?