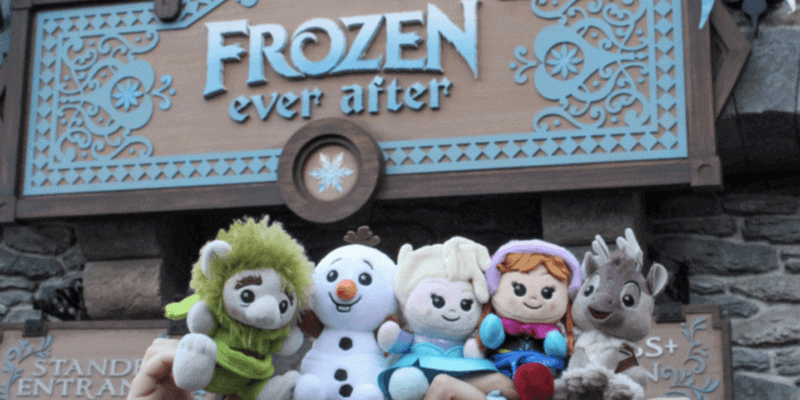 Although Disney World’s Cast Members do everything they can to keep rides and attractions fully operational at all times, temporary interruptions do occasionally occur for mechanical reasons or for general maintenance. Yesterday, at EPCOT, Frozen Ever After — which is arguably the Park’s most popular ride — never reopened following its temporary closure at 4:39 p.m. EST.

Frozen Ever After has been temporarily interrupted. On average, an interruption takes 56 minutes.

Frozen Ever After has been temporarily interrupted. On average, an interruption takes 56 minutes. https://t.co/KWpYBBbo5Y #Epcot #WDW #WaltDisneyWorld #DisneyWorld

The closure clearly took much longer than average, with WDW Stats posting the following message at 10:01 p.m. EST, just after the Park’s 10 p.m. closure.

Frozen Ever After has been closed after an interruption of 321 minutes.

Frozen Ever After has been closed after an interruption of 321 minutes. https://t.co/KWpYBBbo5Y #Epcot #WDW #WaltDisneyWorld #DisneyWorld

EPCOT does not open today until 11 a.m. EST, so it is not known if Frozen Ever After will be available this morning at the time of publication. Inside the Magic will provide additional updates here.

If you are going to be at Walt Disney World Resort today, check the My Disney Experience app on your smartphone for the latest details about ride closures and wait times.

This Arendelle-themed ride that replaced Maelstrom in the World Showcase’s Norway pavilion has been wowing Guests since it opened in 2016. The official description reads:

Are you planning to visit EPCOT today?

Let the expert team at Academy Travel help you plan your next magical Walt Disney World Resort vacation at no extra charge!

Comments Off on EPCOT’s Most Popular Ride Never Reopened Yesterday