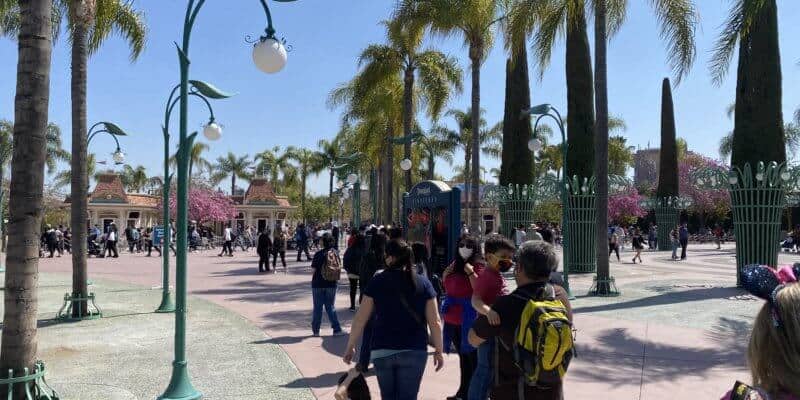 The Happiest Place on Earth, Disneyland Resort, is back and better than ever. After being closed for more than a year during the ongoing COVID-19 pandemic, Disneyland Park and Disney California Adventure welcomed back thousands of diehard Disney fans (at approximately 25% capacity on opening day, April 30) to enjoy the magic again.

Disneyland Resort has gradually increased theme park capacity and brought back many more Cast Members, events, fireworks, and more attractions, which only mean one thing — crowds.

Many Disney fans believe that arriving at Disneyland and Disney California Adventure during rope drop is the best time, especially when it comes to the weekdays, so we’re giving you the scoop on whether rope drop at Disneyland Resort is worth waking up for.

What is Rope Drop?

Typically, 30 minutes (or, sometimes, a full hour, if it is very crowded in the Disneyland Esplanade) before Disneyland officially opens. Guests are invited to come in and gather around Main Street, U.S.A., as Cast Members surround the hub with physical ropes that close off Fantasyland, Tomorrowland, and Adventureland. If you visit Disney California Adventure, you will have a similar experience on Buena Vista Street. Currently, Disneyland and Disney California Adventure open at 8 a.m.

Rope Drop definitely has its perks! Guests can easily make decisions on which Disney rides they want to attack first and then get to walk on as many attractions as they can before the Park becomes much more crowded during the day.

As soon as the Park officially opens, the ropes are dropped and Guests are welcome to enter the lands of their choosing.

Rope Drop is especially important for Guests who come to Disneyland mainly for the attractions or who are experiencing it for the first time. We have seen attractions with extremely long wait times such as Peter Pan’s Flight in Fantasyland, Space Mountain in Tomorrowland, Haunted Mansion in New Orleans Square, and Indiana Jones Adventure in Adventureland and this is just one way you can secure a spot inside before having to endure much longer queues throughout the day.

As mentioned, Disney California Adventure also offers a rope drop which typically starts at Buena Vista Street and closes off three main entrances: near Carthay Circle heading toward Avengers Campus and Cars Land, down the street of Hollywood Land, and Grizzly peak near Soarin’ Around the World.

Getting up early in the morning is important when experiencing Rope Drop in Disneyland and Disney California Adventure, and keep in mind, long lines usually start before security and entering the front gates, so be sure to give yourself enough time to get ready, beat traffic and walk onto Main Street, U.S.A. before Park opening.

As weekends can often be more crowded than weekdays, we wanted to showcase attraction wait times shortly after Park opening on a weekday. After reviewing the Disneyland app 10 minutes after the theme parks officially opened, we noticed so many attractions in both Disneyland and Disney California Adventure that barely had any wait times at all!

It is pretty evident that Space Mountain is one of Disneyland’s most popular rides. After only 10 minutes of opening the gates in Disneyland Park, the wait time increased to 25 minutes.

Space Mountain had the longest wait time according to the Disneyland app. All other standby lines inside Disneyland Park and Disney California Adventure including many popular attractions such as Soarin’ Around the World, Matterhorn Bobsleds, Haunted Mansion, Incredicoaster, and Guardians of the Galaxy – Mission: BREAKOUT! only had a five-minute to 15-minute line! 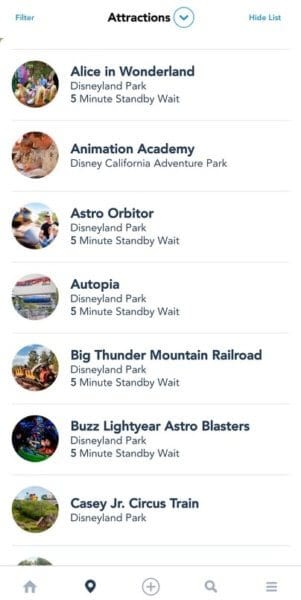 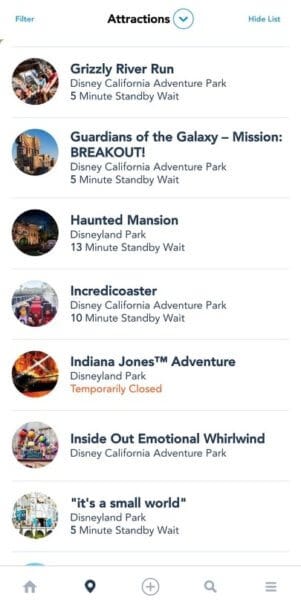 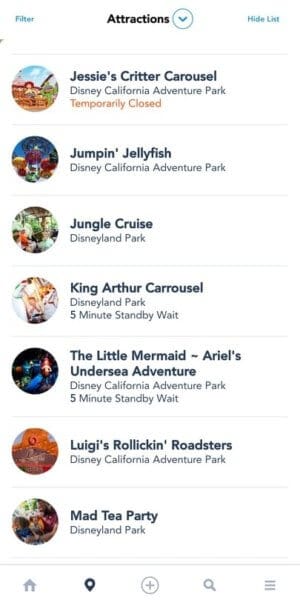 As crowds increase in the summer — and since FASTPASS and MaxPass are suspended and unavailable — our biggest suggestion is to take advantage of Rope Drop. If attractions are on the top of your list, visiting Disneyland Resort on a weekday and during opening hours looks like the perfect opportunity to get in as much magic as you possibly can! Attraction lines change quickly and some of the most popular (such as Radiator Springs Racers in Cars Land) have been seen to reach over 100 minutes long during peak times of the day.

Be sure to check the Disneyland app or the official Disneyland website for updates on standby wait times, temporary closures, and refurbishment announcements before planning your visit.

Are you a Disney rope drop fan? Do you think it’s worth getting up early for? Let us know your thoughts in the comments below!

Let our friends at Academy Travel help you plan your next Disneyland adventure!