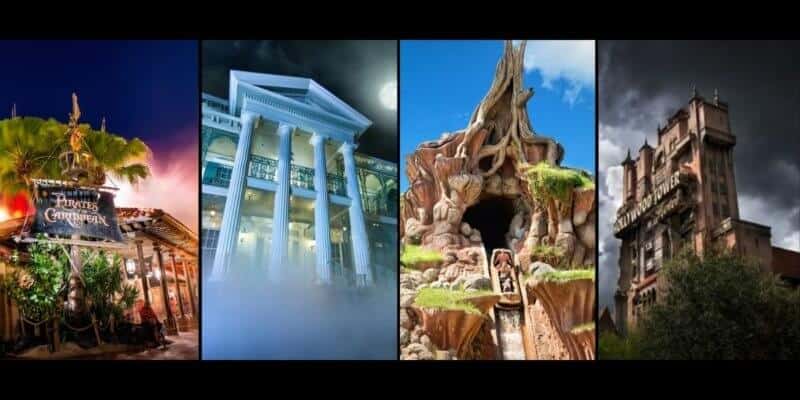 Tomorrow is a big day for Disney fans, as Disneyland Park in California will be celebrating its 66th birthday! Since the gates first opened, millions of Guests from around the world have enjoyed Walt’s vision of thrilling, family fun, and storybook-inspired attractions for decades, which makes Disney Parks to this day so nostalgic to many diehard Disney fanatics.

When speaking to Disney fans, the debate over attractions can be a long one. Many believe that classics should stay for generations to experience and should be claimed untouchable, while others stand by removing and reimagining new rides to experience.

Some of these disputes include Mr. Toad’s Wild Ride, Matterhorn Bobsleds, Tower of Terror and the list goes on. After polling our audience on Facebook about which Disney attractions they hope will never change, we noticed many Disney fans have the same opinion!

The most popular answer isn’t a huge surprise, as this has been an ongoing Disney debate for years. Jennifer H states:

Would be rough to see the Rockin’ Roller Coaster go too

The vote was pretty unanimous with Tower of Terror, located inside Disney’s Hollywood Studios, being the most popular attraction that should remain in its original state. When Disneyland’s version was rethemed to Guardians of the Galaxy – Mission: BREAKOUT!, many Disney fans were outraged, while others loved Disney’s newest updates.

One thing is certain while conducting this poll, many Guests prefer Disney to keep original attractions that you can only experience in a specific Disney Park, as Rebecca R. noted:

Because WDW still has Tower of Terror I think it’s fine that the DCA version changed. But they should never change the one in WDW. I think things that are only in one ba the other shouldn’t change. Example Mr Toads in DL , People Mover in WDW etc.

Although Disney has stated that Splash Mountain in both Walt Disney World and Disneyland will be rethemed into Disney’s film, The Princess and Frog, many responses were to leave Splash Mountain alone.
Keep in mind that Disney Imagineers have worked endlessly to keep many classic attractions refreshed and reimagining them to keep pace with the times, such as Snow White’s Enchanted Wish and the Jungle Cruise, which has received wonderful praise from Disney fans across the world.
Other honorable mentions that we had to share were the following:

Keep Carousel of Progress – I’ve memorized the theme song. It would be a waste to get rid of CoP – too many good

With that being said, many of these Disney attractions that were voted too sacred to change were ones we remember from our childhood and are classic rides that stay close to our hearts. These rides have given us memories to last a lifetime and that is one thing that will never change.

Have you been on the reimagined Snow White’s Enchanted Wish or Jungle Cruise? How do you feel about the recent changes? Let us know in the comments below!

Let Academy Travel guide you to the best Disney adventure yet! Click here for more information!