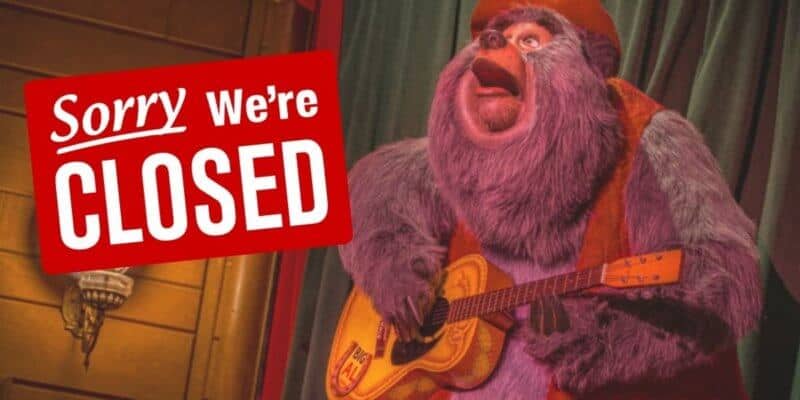 The Country Bear Jamboree attraction, located in Frontierland of Magic Kingdom in Walt Disney World, has been around for quite some time and some even consider it a classic Disney attraction.

However, today it seems as though the attraction is facing some serious technical difficulties as it has been closed to Guests for four hours!

If you are in Magic Kingdom today, and you wanted to see the Country Bears in Frontierland, you may have to make other plans as the attraction has been temporarily closed since earlier this afternoon.

When checking the My Disney Experience app, Country Bear Jamboree is currently listed as temporarily closed, which you can see in the screenshot below taken at approximately 4 p.m. EST.

When looking further into this, we noticed that WDW Stats Tweeted at 12:13 P.M. that the Magic Kingdom attraction was interrupted. It has not reopened since:

Related: Disney May Be Gearing Up to Enhance Country Bear Jamboree

At this time, we are unsure of what is causing these technical issues, but Inside the Magic will update you as we get information regarding the Country Bear Jamboree. In the meantime, if you are visiting Magic Kingdom today, you can experience many other attractions nearby including Splash Mountain and Big Thunder Mountain, both also located inside Frontierland.

Or, head next door to Adventureland and visit some squash bucklin’ pirates on Pirates of the Caribbean, or check out the tropical hideaway in The Enchanted Tiki Room!

Are you visiting Magic Kingdom today? Has this closure affected your plans? Let us know in the comments below.