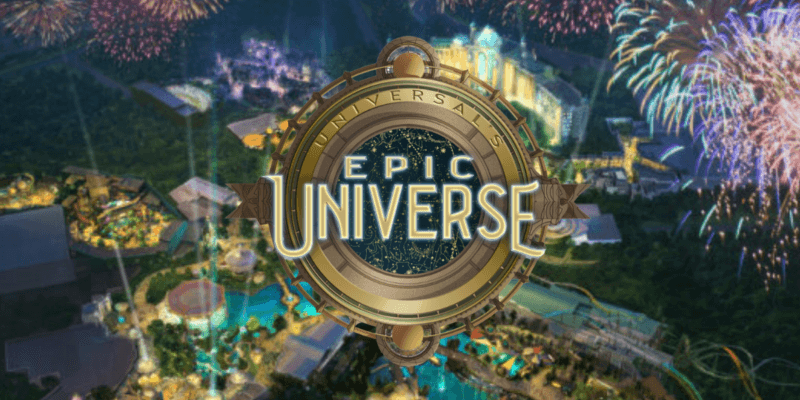 Universal is hard at work building a brand-new theme park at the Universal Orlando Resort. Epic Universe experienced a brief delay in construction due to the pandemic, but work on the project has now resumed.

Related: Islands of Adventure Water Features Get TLC Ahead of Summer

Epic Universe will be the first of Universal’s Orlando theme parks that will be built in Orange County. Universal Studios Florida, Islands of Adventure, Volcano Bay, and Universal CityWalk all reside in the City of Orlando.

Related: Universal Guests Evacuated Off VelociCoaster After Ride Breaks Down

As such, Mayor Demings spoke about the major new project during the State of Orange County event. He noted that the theme park will bring 14,000 new jobs to the area, and said that Epic Universe is, “an entirely new level of theme park entertainment.”

@UniversalORL’s Epic Universe is expected to bring in more than 14,000 permanent jobs, and thousands of jobs during its construction phase. The theme park will create an entirely new level of theme park entertainment. #SOC2021

.@UniversalORL's Epic Universe is expected to bring in more than 14,000 permanent jobs, and thousands of jobs during its construction phase. The theme park will create an entirely new level of theme park entertainment. #SOC2021 pic.twitter.com/BYoYCSeIaa

While not much is currently confirmed about what will be inside Epic Universe when it opens, thanks to detailed concept art from Universal, fans think they have a good idea. It is likely that Super Nintendo World will make its way to the new theme park, along with other major intellectual properties such as Harry Potter, How to Train Your Dragon, Universal Monsters, and more. But we will just have to wait and see!

Currently, there is no completion date set for Epic Universe.

Are you excited for Epic Universe to be completed? Let us know in the comments!

We can help you book the perfect Universal Orlando Resort vacation, click here for more information.