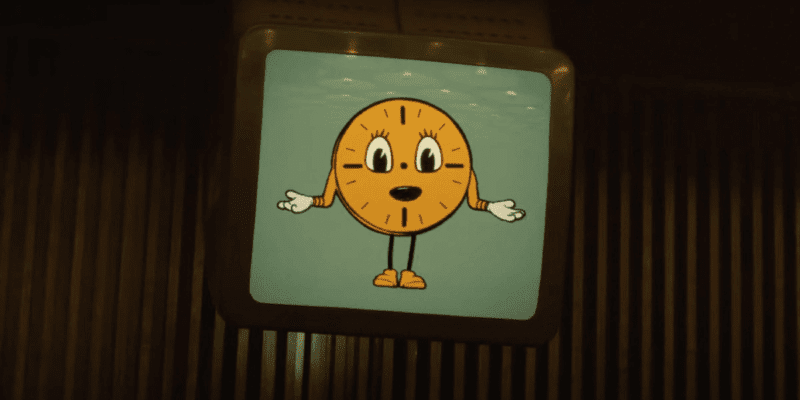 With Disneyland and Disney California Adventure removing many pandemic restrictions this week, theme parks in California are beginning to feel like themselves again.

Despite the pandemic, The Disney Company continued to work around the clock and stayed positive believing that with the number of vaccines being distributed, they would be able to bring back events and entertainment including fireworks, and even introduced a Marvel-inspired land in Disney California Adventure, Avengers Campus.

Now that Disney is working towards bringing the magic back, and with many smiling faces around the parks, new photo opportunities have been seen around Avengers Campus including a new Loki and TVA-inspired spot located inside Disney California Adventure.

Jason Sasaki better known as @sasakitime was in Disney California Adventure today and caught a glimpse of the new photo op Disney created. This Loki and TVA backdrop showcasing the mascot of the TVA, Miss Minutes will definitely be a popular and Instagram worthy shot as Jason states,

A brand new photo op next to Stage 17 and Monsters Inc. features Miss Minutes, the mascot of the TVA, opened today!!!

Who is the TVA?

For those who have not seen the first episode of Loki, the Disney+ series based on Marvel Comics, screenwriter and producer Michael Waldron, introduces the TVA better known as the Time Variance Authority.

The Time Variance Authority is a massive organization created by three Time-Keepers that looks after thousands of timelines of the Multiverse and more importantly ensuring the preservation of the Sacred Timeline. As the first episode reminds viewers of the 2012 Avengers film where Loki is under arrest and disappears from Stark Tower with the Tesseract, it leads us to venture into another timeline as the TVA takes Loki into custody.

We can expect that Loki will reveal more information about the TVA in the next episode that airs today. Marvel fans are also anticipating and are ready to dive into the timelines of the Multiverse with Doctor Strange in the Multiverse of Madness.

Loki also hit record-setting success, which makes sense why Disney would include this amazing photo op! Go check it before it’s gone!

Are you a fan of the Disney+ series Loki? What do you think of this new photo op? Let us know in the comments below!

Let Academy Travel help you with planning your next Disneyland adventure! Click the link for a free quote today!