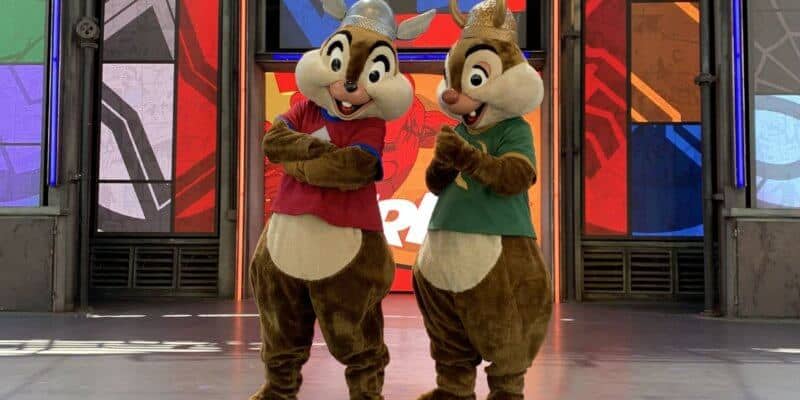 Credit: Krysten Swensen at Inside the Magic

Avengers Campus has been a hot topic and a popular land to visit since its opening on June 4. Over the last week, Marvel fans have been lined up and ready to interact with our favorite Avenger super heroes like Spider-Man, Doctor Strange, and the Guardians of the Galaxy.

Currently, we shared how Disney is improving the experience at Avengers Campus by allowing Guests to plan their Avengers encounter ahead of time and take a look at what time some of the heroes will appear, but what if you can’t get into Avengers Campus right away?

Guests who have a Boarding Group for WEBSLINGERS: A Spider-Man Adventure and are waiting to get in — and those who did not manage to get a Boarding Group and want to experience Marvel without entering the new land — still have a chance to encounter some amazing off-campus activities and offerings at Disney California Adventure. Here are some ideas to give you the ultimate Marvel experience.

Want a Marvel-inspired selfie with your favorite Disney pals? Disney fans can head over to check out Hollywood Backlot Stage, as our beloved friends Mickey, Minnie, and Chip, and Dale comes dressed as their favorite Super Heroes. Check out Mickey posing as Captain America, Minnie as Spider-Gwen, Chip as Thor, and Dale as Loki as they show off their new super hero attire.

Recently, @mariannacassola shared on TikTok a fun character encounter outside the campus. Heading towards the stage, Dale was spotted embracing his Loki super hero powers as Chip made sure that there were no damages. Check out this adorable video below!

For those who are unaware, Disney California Adventure showcased a favorite Disney+ WandaVision photo location where Guests can feel like they are a part of the twisted show (after all, it was Agatha all along!). Head over to Hollywood Land and sit in Wanda and Vision’s retro living room to show off your super hero powers.

Disney is known for having some of the most amazing backdrops and Instagram-worthy areas to showcase your love for all things Marvel. After Disney introduced Sam Wilson’s Captain America in Avengers Campus, it’s only fitting that Disney California Adventure features The Falcon and the Winter Soldier wall with the iconic shield and falcon wings.

While waiting to meet Carol Danvers inside Avengers Campus, Captain Marvel fans will have a grand opportunity to snap a selfie next to Captain Marvel’s massive jet fighter at Hangar 12.

Can’t get inside Avengers Campus to shop? Fear not, Marvel fans! The Disneyland Resort Backlot Premiere Shop has all the super hero merchandise you’ll need including the all-new WEB Tech, Avengers-inspired apparel, Spider-Bots, and more.

Stay tuned for more on ‘off campus’ fun! Starting June 18, get ready for an all-new photo location inspired by Black Panther and Wakanda, next to the Studio Store. Later this month, you’ll be able to step into a corner of the Time Variance Authority (TVA) inspired by “Loki,” which is now streaming on Disney+. Discover a “timely” green and gold backdrop near the Disneyland Resort Backlot Premiere Shop where you can pose alongside a life-size statue of adorably cheerful TVA mascot, Miss Minutes.

What’s your favorite Marvel experience outside of Avengers Campus? Let us know in the comments below!

Want to live out your Avengers dreams? Our friends at Academy Travel are EarMarked Diamond and can help you plan your next Disney California Adventure!

Comments Off on Marvel Offerings Guests Can Find Outside Avengers Campus