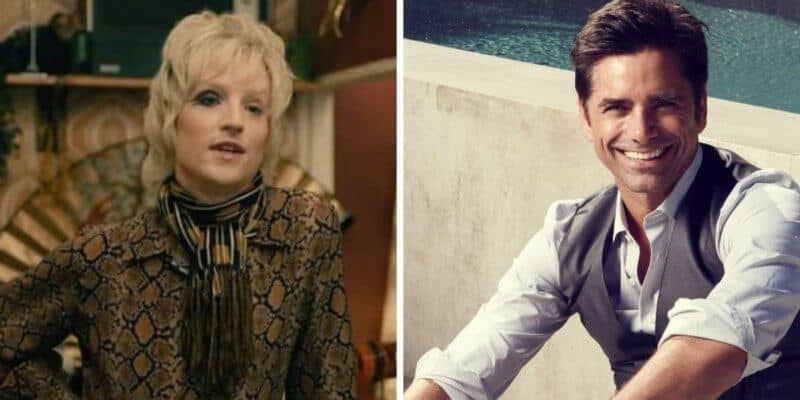 Cruella has been a hot topic ever since it hit theaters last weekend as moviegoers instantly fell in love. Emma Stone, who played the titular character of Estella (aka Cruella) and Emma Thompson, who took on the role of Baroness, completely killed it and has had people talking non-stop.

But those two actresses aren’t the only ones from the live-action film that grabbed the eyes of the audience. John McCrea, who plays the owner of a vintage shop and becomes friends with Emma Stone’s Estelle (aka Cruella), has been in the news as well.

If you’ve seen the movie, you know that McCrea’s character, Artie, is very flamboyant and the film even hints that he is a member of the LGBTQ+ community. Additionally, in a recent interview before Cruella came out, McCrea was asked if his character was gay, in which he replied with “for me, yes, it’s official: he’s queer”.

More recently, after the film’s debut, Politician Omar Navarro Tweeted out a complaint against McCrea’s character saying he “ruined [his] childhood”:

The new Disney Cruella with Emma Stone just ruined my childhood with an openly flamboyant gay in the movie.

Disney persist shoving the LGBT agenda down our throat.

The new Disney Cruella with Emma Stone just ruined my childhood with an openly flamboyant gay in the movie.

Disney persist shoving the LGBT agenda down our throat.

After the Tweet made its rounds on the social media platform, several other users came to Disney and McCrea’s defense — Including one of the biggest Disney fans out there.

John Stamos, known for his roles in Full House, Fuller House, and the new Disney+ Original, Big Shot, Retweeted Navarro’s original Tweet along with a clap back reply:

If that ruined your childhood, I hope you didn’t watch Full House. Three single men, living under one roof raising kids in San Francisco….

If that ruined your childhood, I hope you didn’t watch Full House. Three single men, living under one roof raising kids in San Francisco…. https://t.co/oCadf3xnIK

Stamos’s Tweet has gotten over 41.7k likes and 1.2k replies, most of which are supporting Stamos’s statement and McCrea’s character, Artie.

Queer communities have highly embraced Disney characters despite if they have been confirmed to be part of the LGBTQ community or not. In fact, just recently Raya from Raya and the Last Dragon has felt like the closest step to representing a gay character within a Disney movie with Kelly Marie Tran confirming her Disney princess is gay.

Additionally, Frozen’s Elsa has been brought up quite often when it comes to this topic. Before the second Frozen film debuted, songwriter Kristen Anderson-Lopez spoke on the topic of Elsa and a love interest, confirming she would not be getting one and why that was okay.

“Like the first movie, Elsa is not just defined by a romantic interest,” Anderson-Lopez explained at the 2019 D23 Expo. “That’s not a story that we wanted to tell at this point in time. What we really wanted to tell was if you have these powers, how do you grow and change and find your place in the world and find answers that haven’t been found before?”

Aside from Elsa, many were quick to believe Josh Gad’s Lefou was romantically interested in Luke Evans’s Gaston in the live-action Beauty and the Beast. And as for Pixar, Onward did feature the company’s first openly LGBTQ character, which many felt was a step in the right direction.

Cruella is currently playing in select theaters and streaming on Disney+ as part of Premier Access.

Did you see Cruella yet? What did you think of the film? Let us know in the comments below.