"Fun is Cheap" Says Disney Imagineer - Inside the Magic 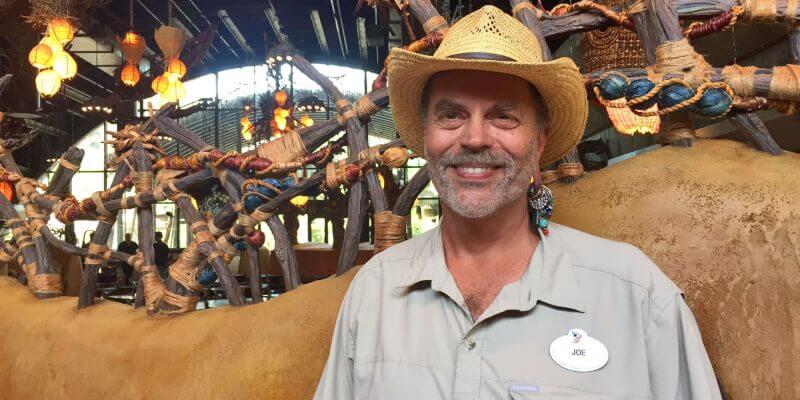 Walt Disney Imagineers do more than just create the attractions that we know and love. They take our imagination and bring it to life. They take drawings and images on a screen, words in a book, and they bring them to life. Imagineers create whole new worlds that take Guests to another place and time. Imagineers are the backbone of Disney parks.

Disney Imagineers do a lot more than just create a fun experience. And former Imagineer Joe Rohde believes that more than most. Rohde took to Instagram to talk about how the theme parks are more than just fun for everyone that walks through the gates.

Fun. In the business of entertainment design you will come across people who will say, “Why can’t it just be fun?” This question is often actually an accusatory form of micro-aggression, and really means…”Why are you wasting so much time on intellectual BS and overbred aesthetic sensibility?” But there is a logical answer. Fun is cheap. I can have fun in an inflatable pool in my backyard. I can have fun playing basketball by the garage. I can have fun watching videos of snarky cats. This fun costs very little. An inflatable pool costs 50 bucks or less and can be used many times. A trip to a major entertainment venue like a Broadway play or Theme Park can cost many hundreds of dollars per visit, all in. So…are these places just plain fun? Are they hundreds or thousands of times more fun than shooting silly string at each other on the porch? Probably not. Therefore, fun cannot possibly be the motivating factor in the compulsive, repetitive, over-scale patronage of the theme park industry. The motive is simply not competitive enough based on other options. People must be paying this kind of money and making this kind of effort for a reward that is of higher value, more rare, and of greater impact than fun. That reward is many things, among which is the sensation of transport, of being moved magically into another place or another time. It is the intensity of experience which results in permanent memories. It is the rare sensation of cohesiveness, harmony, and thematic organization which allows the human brain to relax and be absorbed. I could go on. But all of these properties reside in the obsessive execution of coordinated detail, resulting in places with a strange otherworldly attraction. And that is not cheap. In fact, theme parks are repositories of human time, effort, and, yes, money…which guests sense through the level of detail, organization, and intensity. Theme parks are a form of communication between designers and audiences… They are relationships. People like worthy, meaningful, invested relationships… Not cheap ones.

In his time as an Imagineer, Joe Rohde was responsible for numerous Disney creations that Guests know and love. He was the lead designer behind the entire Animal Kingdom Park at the Walt Disney World Resort. He was also the main creative mind behind Pandora, the world of Avatar at Animal Kingdom, and helped design Mexico’s EPCOT Pavilion.

One of Rohde’s last major projects was transforming the Twilight Zone Tower of Terror into Guardians of the Galaxy – Mission: BREAKOUT! at the Disneyland Resort. Rohde retired from Disney on January 4, 2021, after more than 40 years with the company.

Do you agree with Joe Rohde that Disney theme parks are more than just fun? Let us know in the comments!