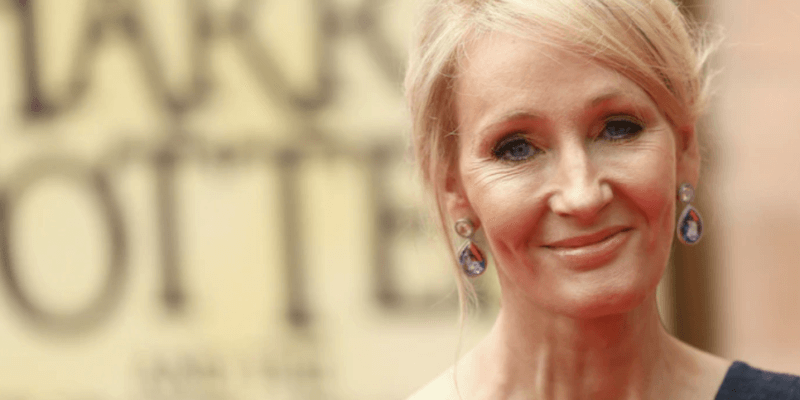 J.K. Rowling, the author of the Harry Potter novel series, has been in the spotlight for quite some time due to her alleged views regarding the transgender community.

J.K. Rowling has made public social media posts that indicate she does not necessarily support the transgender community and, as a result, has received backlash from both fans and Harry Potter movie actors.

Recently, J.K. Rowling’s drama regarding her stance on transgender people came back to the forefront. During an interview, legendary horror author Steven King said Rowling tried to “cancel” him because they disagreed on the topic. When asked about the situation, King responded quite eloquently on the subject:

“Jo canceled me. She sorta blocked me and all that. Here’s the thing: She is welcome to her opinion. That’s the way that the world works. If she thinks that trans women are dangerous, or that trans women are somehow not women, or whatever problem she has with it—the idea that someone “masquerading” as a woman is going to assault a “real” woman in the toilet—if she believes all those things, she has a right to her opinion. And then someone tweeted at me, “Do you think trans women are women?” and I said, “Yes, I do.” And that’s what she got angry about—my opinion. It’s like the old saying, “I don’t agree with what you say, but I will defend to the death your right to say it.” So, nobody has “canceled” J.K. Rowling. She’s doing fine. I just felt that her belief was, in my opinion, wrong. We have differing opinions, but that’s life.”

From this, we can see that King doesn’t hold any resentment against his fellow author, but just explained that he stated his belief, which contradicted hers, and resulted in Rowling apparently removing King from social media.

In 2019, the Harry Potter author publically took a stand to join Maya, a woman who seemingly shared Rowling’s opinion and was fired from her job as a result. At the time, Rowling posted:

Dress however you please.
Call yourself whatever you like.
Sleep with any consenting adult who’ll have you.
Live your best life in peace and security.
But force women out of their jobs for stating that sex is real?

Rowling actually used the story of Maya in her book regarding sex and gender. Now, Maya Forstater has officially won an appeal, per the BBC.

What do you think of this ongoing situation? Let us know in the comments below!