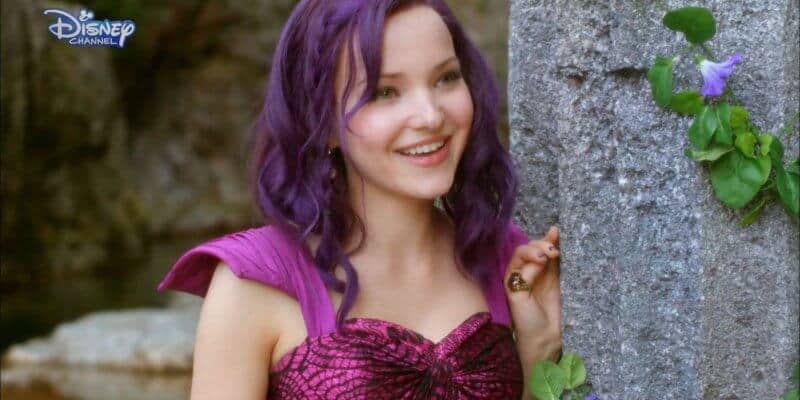 Now, as part of Pride Month (which is the entire month of June), the Disney Channel star is becoming more candid about her sexuality.

In case you weren’t aware, Dove Cameron came out as queer in August 2020 when she took to Instagram Live to share the news with her fans. Now, nearly one year later, she is getting candid about her sexuality in her first LGBTQ+ cover.

Now, according to reports, Cameron is opening up in a new interview with the U.K.’s Gay Times. The Disney Channel actress and singer told the magazine that she is finally not afraid to “spell it out for everybody.”

When speaking to Gay Times, Cameron explained how the decision to come out as queer came to be. “I went on Instagram Live and said ‘Guys, I really needed to explain something to you. Maybe I haven’t said it, but I’m super queer. This is something I want to represent through my music because it’s who I am.’”

Cameron continued to open up to Gay Times where the Disney Channel actress said she was never confused about who she was, though she felt as though if she was truthful, she would not be accepted. “I felt like I wouldn’t be accepted and I had this strange narrative that people wouldn’t believe me,” Cameron said.

This confidence came after watching her fellow LGBTQ+ celebrities be open about how they identify. Cameron said she looked up to celebrities including Kristen Stewart, Cara Delevingne, and Ben Platt and that’s when she realized she, too, could open up. “I feel like the industry has changed a lot in terms of having room for people with platforms to be human and not to be picked apart,” Cameron told Gay Times.

With her fellow LGBTQ+ celebrities being open and vulnerable and inspiring her, now Cameron hopes she can be an inspiration to others as well. “With the process of coming out, it was about who I am as a whole rather than who I choose to date or sleep with. I’m choosing to love myself, to be who I am every day, and not edit myself depending on the room that I’m in. I’m making no apologies for who I am,” Cameron said.

The Summer Issue of Gay Times is available now.

If you want to follow along with Dove Cameron on her journey, check out her Instagram page here.

Are you a fan of Dove Cameron? What is your favorite role that she played? Let us know in the comments below.