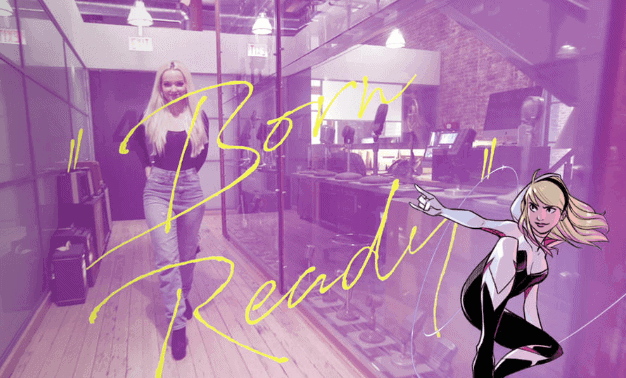 Back in December of last year, Marvel announced “Marvel Rising,” a brand new, multi-platform animation franchise set to launch in 2018. And as part of the franchise’ new release, it is set to include an animated feature titled “Marvel Rising: Secret Warriors.”

“Descendants” star Dove Cameron, who will also voice Ghost-Spider in the upcoming animated feature, released her single titled “Born Ready,” which will serve as the theme for “Marvel Rising: Secret Warriors.”

Cameron will be joined by Chloe Bennet and Milana Vayntrub, who will voice Quake and Squirrel Girl respectively, the same characters they portray in live-action form. This will not be the first foray into the Marvel Universe for Cameron either. She played the villainous Ruby in “Marvel’s Agents of S.H.I.E.L.D.”

Cameron’s Ghost-Spider also appears in “Marvel Rising: Initiation,” a series of six four-minute digital shorts focusing on the character. The series premiered on Disney XD earlier this month and is available to watch now on Marvel HQ.

Are you looking forward to Marvel Rising: Secret Warriors? Let us know in the comments below!