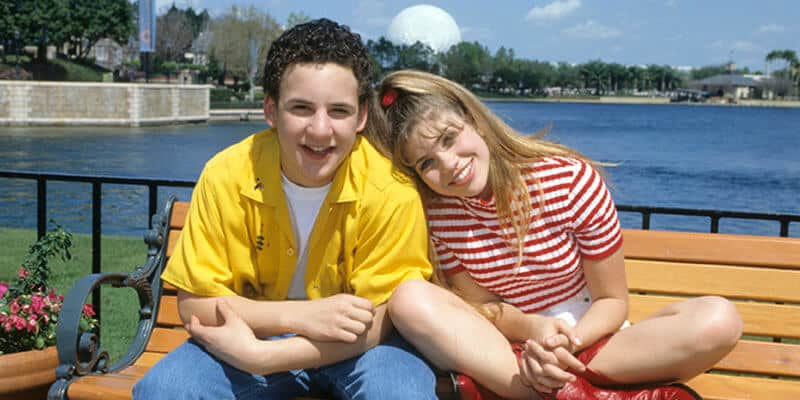 If there is one thing that almost all late ’90s early 2000s sitcoms had, it was a trip to Disney World.

From Rosanne to Step by Step to Family Matters to Full House, all of our favorite characters have been to Disney at one point or another. Another iconic Disney show that had a back-to-back Disney World visit was Boy Meets World. Viewers watched Cory win over Topanga at EPCOT, and it truly was a magical moment!

But have you ever wondered why those episodes were shot? D23 discussed what it was like to film so many sitcom episodes at Disney World and why it was truly the perfect time for the theme park’s exposure. Former Disney CEO Michael Eisner would invite these sitcoms to come and film at Disney World. They would just need to pitch the episode to Disney and have it approved.

Considering sitcoms were all the rage, and Disney was building success from the renaissance era of their animation films, getting more Guests into the parks was the next challenge. What better way to attract families to Disney World than to send a television family that they watch to the Most Magical Place on Earth?

Although many shows were filmed at Disney, the Boy Meets World episode was a big achievement on Disney’s end. D23 noted:

One of the most popular ABC sitcoms during this era was Boy Meets World (1993–2000), starring Ben Savage (Cory Matthews), Rider Strong (Shawn Hunter), Danielle Fishel (Topanga Lawrence), and Will Friedle (Eric Matthews). The show centers on Cory, a young suburban Philadelphia boy trying his best to navigate the triumphs and tribulations of friendship, family, school, and romantic relationships along the path to adulthood.

The characters bounced between EPCOT and Magic Kingdom, always having fun and showcasing Walt Disney World Resort as the place that puts a smile on your face and possibly, a place where Guests can fall in love under the fireworks. With millions watching the television show, this was a great way to advertise the park.

One show that never made it to Disney World was Friends. Eisner invited the show to Disney World to film an episode; however, the pitch that was made to Disney was a little too scandalous for approval. To read more about that story, click here.

What is your favorite Disney World sitcom episode? Let us know in the comments below!