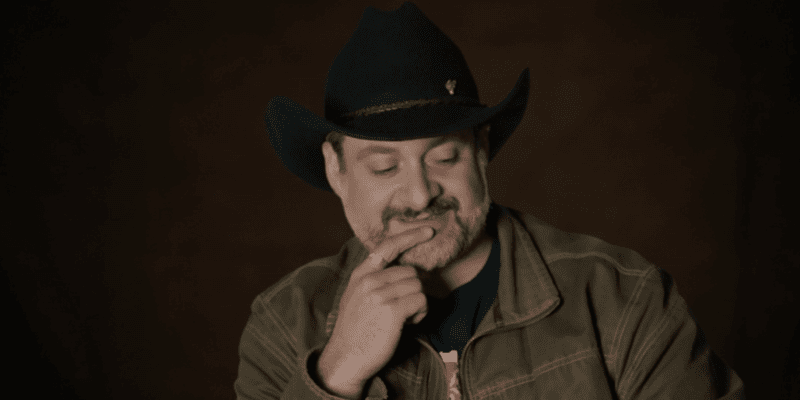 These days you can’t have Lucasfilm without Dave Filoni. Having risen to the rank of Executive Creative Director of the Star Wars studio with many successes under his belt, it’s fair to say that Filoni is not only a creative mastermind when it comes to the galaxy far, far away but also a huge Star Wars fan — his favorite character is the Jedi Plo Koon.

Plucked from Nickelodeon by the creator himself, George Lucas, Filoni is now leading the charge on the latest Star Wars animated outing on Disney+. But while his knowledge is unparalleled, the executive producer did once get “out-nerded” by one of his Star Wars actors.

Originally believing that his Lucasfilm job offer was a prank, Filoni has gone on to play a huge role in the Star Wars universe. He directed Star Wars‘ first animated feature film, Star Wars: The Clone Wars — which would go on to launch the fan-favorite animated series of the same name with Filoni as the Supervising Director. The Clone Wars explored, in detail, the events and politics of the time between prequel trilogy movies, Star Wars: Episode II – Attack of the Clones (2002) and Star Wars: Episode III – Revenge of the Sith (2005).

Filoni went on to create the animated follow-ups, Star Wars Rebels and Star Wars Resistance. His latest venture is Star Wars: The Bad Batch which sees Clone Force 99 combat the Galactic Empire during the fall of the Republic in the rapidly changing galaxy. Filoni is behind some of the Star Wars saga’s favorite characters, masterminding the development of Jedi Padawan Ahsoka Tano and clone trooper commando, Captain Rex.

With an endless supply of Star Wars and Lucasfilm knowledge, The Mandalorian showrunner Jon Favreau invited Filoni onto the set of the bounty hunter series to contribute and consult on many aspects of the show. He even made his live-action directorial debut on the set of The Mandalorian, and in the second season, he introduced Rosario Dawson’s Ahsoka Tano in “Chapter 13: The Jedi” — ultimately leading to the arrival of Mark Hamill’s Luke Skywalker and the departure of Grogu AKA “Baby Yoda”.

While it seems Filoni is the embodiment of Star Wars itself, one of Clone Wars’ voice actors actually revealed a time The Bad Batch creator forgot a key moment from Star Wars: Episode I – The Phantom Menace (1999).

Speaking at Washington State Summer Con, Sam Witwer revealed a time where he told Filoni they needed to rewrite a scene because it didn’t make sense. @bewitched_sam shared the video to TikTok:

Sam Witwer talking about a scene in Clone Wars.

Witwer is known for playing a variety of roles in the Star Wars franchise including Starkiller in the video game, Star Wars: The Force Unleashed (2008), and The Son in The Clone Wars. The actor discussed the moment he called out a scene in one of The Clone Wars episodes. After being asked “Sam, what’s the problem?” — seemingly in a rehearsal — Witwer said:

“And I’m like, you gotta do that scene again, and everyone’s like, “why’s that?”, and I’m like, well Shmi and Padmé have already met, [Anakin] wouldn’t say, “I want you to meet my wife”, because they met in The Phantom Menace and at that point, Dave’s like…hat…and I’m standing there like all nervous and Dave is doing hat because he knows this, he knows it very well, you know, of course…”

Filoni is known for wearing a hat wherever he goes and this anecdote suggests the Lucasfilm creator can’t help but tip his hat to fellow diehard Star Wars fans, including his own cast. The voice actor goes on to reveal the hilarious outcome of his speech.

“And then at that point, I’m looking around and I’m seeing all the eyes in the room on me, all the actors — Matt Lanter and Dee Bradley Baker — and Ashley Eckstein is right here and she looks at me and goes, “I’ve never seen anyone out-nerd Dave Filoni before”.

Eckstein originated the role of Ahsoka Tano in the animated series so it’s safe to say she’s spent a lot of time with Filoni. Her call out here is not only hilarious but points to a rare moment of Filoni actually missing some key information. But, hey, no one is perfect! Don’t worry, Dave.

The scene in question comes from the Season 3 Mortis arc in The Clone Wars. Obi-Wan Kenobi, Anakin Skywalker, and Ahsoka Tano become trapped on the planet Mortis with three powerful Force beings — The Father, The Daughter, and The Son. Anakin is pulled between The Daughter who represents the light side of the Force and The Son who calls upon the dark side. In a vision from his late mother Shmi Skywalker who discusses love as a prison, Anakin says, “I have a wife, you’ve met her”.

Now, we can credit Witwer with this line in the famous story arc that sees Anakin having visions of his future as Darth Vader. What bodes well in these situations, is that it highlights Lucasfilm’s trust in its actors to carry on the legacy of George Lucas’s mammoth franchise.

Although, that seems to be changing slightly as The Acolyte showrunner, Leslye Headland, has recently commented on the importance of getting writers who aren’t as entangled in the Star Wars universe as fans.

If you enjoy Filoni’s work, The Bad Batch is currently airing on Fridays on Disney+. And if you’re craving live-action, The Book of Boba Fett launches this December.

Are you hoping that Dave Filoni will return to lead more live-action Star Wars spinoffs?