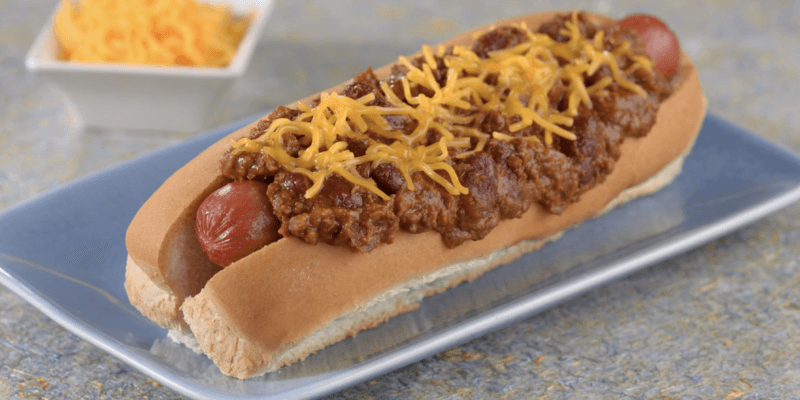 A big change has happened at a popular Magic Kingdom restaurant that could signal the reopening date may be announced soon! Casey’s Corner, which is found at the end of Main Street, U.S.A., recently revealed a menu update on the Walt Disney World website.

Take a look at the new menu below! The update includes the removal of a couple of hot dog options.

While most of the menu remains the classic menu that Guests have come to know and love, there are several missing items that were previously sold at this location.

One of the first missing items is the Mickey Mouse Celebration Sipper. This removal really makes sense, since the celebration sipper was introduced in 2018 to celebrate Mickey’s 90th birthday. Don’t get us wrong, we love celebrating Mickey Mouse all day, every day, but the sipper has been around for a while and at this point it is rather outdated, so it makes sense for Disney to remove it.

This menu change could signal that Disney is simply trying to streamline the Guest experience while at Casey’s Corner. Cutting out the process of making the macaroni and cheese and cooking the bacon will make it easier for Cast Members to move around the kitchen and get more orders out to Guests faster.

The unofficial word has been that the reason for the extended temporary closure of Casey’s Corner is because there just wasn’t enough space to keep Cast Members distanced and safe within the restaurant. Having a smaller amount of options would mean that fewer Cast Members would be required to make the restaurant run. At this time, Disney hasn’t given a particular reason for the prolonged closure of this popular Magic Kingdom quick-service dining location, but as it is highly popular and as Disney World has continued its phased reopening process, it seems like it is only a matter of time before it reopens.

Luckily, the Magic Kingdom staple is not getting rid of one of its most popular items. Corn dog nuggets have made the cut and remain on the newly revamped menu. There are also still options available for those Guests who follow a vegetarian and vegan diet.

This Casey’s Corner menu update also comes at a time when Disney World has just announced that fireworks will be returning to The Most Magical Place on Earth beginning July 1! While Disney has not announced an opening date for Casey’s Corner, the July 1 timing for fireworks could open the perfect door for Casey lovers.

Are you impatiently waiting for Casey’s Corner to open? Let us know in the comments!

CLICK HERE to get started booking your magical Disney World with our friends at Academy Travel!