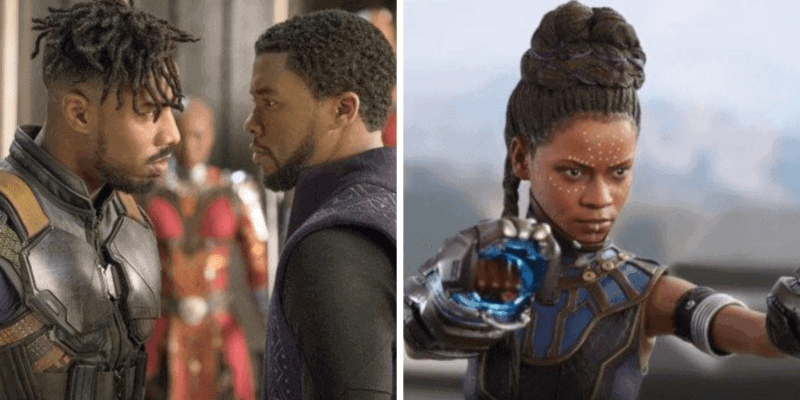 Marvel fans wanted more after watching this emotional and action-packed Oscar-winning film — but, after the shocking and unfortunate death of Black Panther star Chadwick Boseman, who passed away from colon cancer in 2020, fans anticipated the fate of this beloved Marvel superhero.

Although Marvel was prepared to start filming the sequel before Boseman’s passing, they were not prepared to lose their king, as Boseman kept his illness a secret. Marvel pushed forward, however, but has kept the plot under wraps.

We do know that Boseman’s T’Challa/Black Panther will not be inserted into the film using CGI technology — it is likely that Shuri (Leticia Wright) will take up the mantle of Black Panther in his stead. Some fans also want Erik Killmonger (Michael B. Jordan) to become the super hero.

According to Variety, we now have confirmation that Marvel is headed to Atlanta to begin production on Black Panther: Wakanda Forever. Per Marvel President Kevin Feige:

“It’s clearly very emotional without Chad,” Feige said before the “Black Widow” Global Fan Event in Los Angeles on Tuesday night. “But everyone is also very excited to bring the world of Wakanda back to the public and back to the fans. We’re going to do it in a way that would make Chad proud.”

Although we don’t know for sure what direction Marvel will take with this film, online rumors have been running rampant that it will further expand the Marvel Universe with Wakanda and Atlantis going to war. This is based on reports that Narcos: Mexico star Tenoch Huerta has joined the cast as Namor the Submariner.

Fans are asking for Marvel to keep T’Challa’s legacy alive through a petition, and it is nearly certain that the beloved character won’t be forgotten by the franchise moving forward.

Earlier this year, we also mentioned great news that MCU fans will be able to be transported back to Wakanda in a new Disney+ series that will feature the world of Wakanda as Director Ryan Coogler shares,

“We are especially excited that we will be taking our first leap with Kevin Feige, Louis D’Esposito, Victoria Alonso and their partners at Marvel Studios where we will be working closely with them on select MCU shows for Disney Plus,” Coogler said at the time of the deal. “We’re already in the mix on some projects that we can’t wait to share.”

Do you think Marvel will keep Black Panther’s legacy alive and make Chad proud? Let us know your thoughts in the comments below!