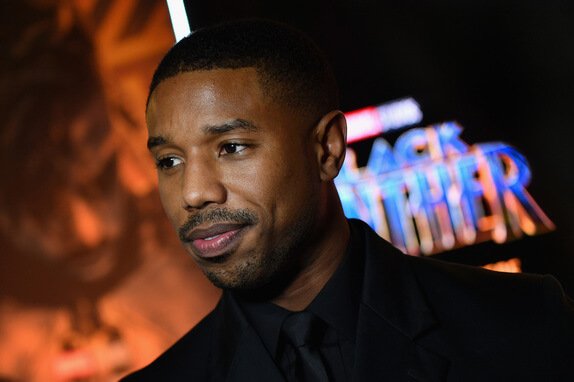 Michael B Jordan has become a huge star in the movie world. His roles include superhero Johnny Storm in  Fantastic Four (2015) and his most iconic role yet as Erik Killmonger in Oscar-winning film Black Panther (2018) starring the late Chadwick Boseman. Although Jordan has won many awards for many roles he has played over the years, there was a certain audition he states was the “worst audition to date”.

Michael B Jordan finally reveals to the world how he tried to audition for a certain role in J.J Abrams’s film Star Wars: Episode VII – The Force Awakens (2015). As per a Variety article, Jordan reminisces back to when he states, auditioning for the role as Finn, which John Boyega scored, was “probably my worst audition to date.”

Finn first appears in the 2015 film Star Wars: The Force Awakens as a First Order stormtrooper. The cruel acts of the First Order and Kylo Ren (played by Adam Driver) lead Finn to escape the dark side and join Rey along with the Resistance to help restore the light.

“I think it was I couldn’t wrap my brain around some of the sides because you know when you’re reading for these high-level projects, there’s never really any specificity in the sides,” Jordan said. “Everything’s like super vague; everything is in secret. Reading through, I just couldn’t connect it. I definitely bombed that one for sure.”

Michael was not the only one who bombed this auditioned to play a role in a Star Wars film. In a Backstage Magazine interview, Tom Holland who plays Spider-Man in the MCU states he couldn’t keep it together as he tried to be as professional as he could in front of his scene partner who was a woman dressed as a droid. Holland states,

“I was like four or five auditions in, and I think I was auditioning for John Boyega’s role,” Holland said. “I remember doing this scene with this lady, bless her, and she was just a drone. So I was doing all of this, like, ‘We gotta get back to the ship!’ And she was going, ‘Bleep, bloop bloop, bleep bloop.’ I just couldn’t stop laughing. I found it so funny. And I felt really bad, because she was trying really hard to be a convincing android or drone or whatever they’re called. Yeah, I obviously didn’t get the part. That wasn’t my best moment.”

Either way, it seems the universe had it perfectly planned out for Michael B. Jordan, Tom Holland, and John Boyega as they all received the roles they were meant to play perfectly! Disney and Marvel’s fans are excited to see these roles continue in Spider-Man: No Way Home coming this year and Black Panther: Wakanda Forever. July 8, 2022.

Do you see Michael B. Jordan as Finn or does John Boyega do the role justice? Let us know in the comments below!

Comments Off on Michael B. Jordan Shares How He Bombed ‘Star Wars’ Audition