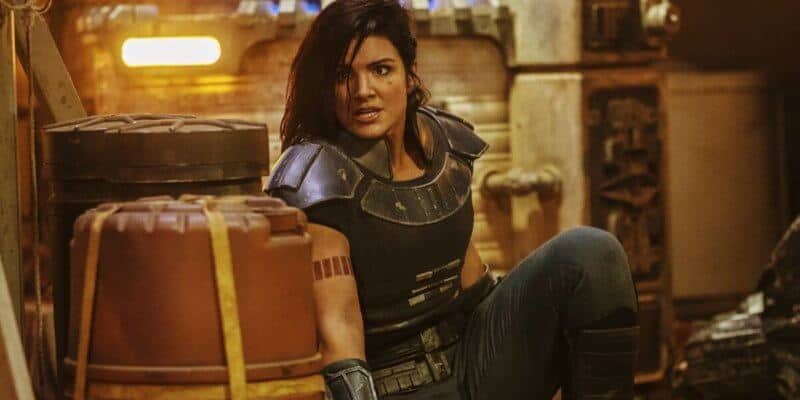 Last year, drama heated up in the Star Wars world when Gina Carano was fired from The Mandalorian, following a string of controversial social media posts. And it’s looking pretty unlikely that she’ll return, even though there’s a certain subsection of fans who hope that she will. Still, the split between two parties was pretty hostile — Carano found out via social media that Lucasfilm had fired her from her role as Cara Dune in the hit Star Wars series on Disney+ — and we wouldn’t hold our breath for something to change.

But a rumor from YouTube user Overlord DVD claims that there are talks of Carano possibly returning. Obviously, this is very much a rumor, and there’s no evidence to support that Disney and Lucasfilm are thinking of hiring Carano back. But it’s not out of the question, considering what happened with James Gunn, who was fired from Marvel after some of his own controversial Tweets surfaced online — and then subsequently re-hired shortly after.

The impetus for Carano’s firing came after the former Mandalorian star made a Tweet comparing being a Republican to being Jewish during the Holocaust. The Hollywood Reporter issued a statement saying that Lucasfilm had parted ways with the actress and Carano’s talent agency, UTA, soon followed with news of their own as they chose to drop Carano from their roster. Though it was that specific Tweet that sealed the deal, Carano had been making headlines with her controversial political statements throughout most of Season 2 of the popular Disney series, including comments about the COVID-19 pandemic.

Carano, a former women’s MMA fighter, quickly became a fan-favorite as Cara Dune when she was introduced in the first season of The Mandalorian. Dedicated fans rallied behind her after her firing, taking to Twitter with hashtags like #WeLoveCaraDune and #IStandWithGinaCarano to try to convince Lucasfilm to change their mind. Ultimately, it didn’t have an impact on Lucasfilm’s decision as the deal seemed done.

The Mandalorian is about to begin filming Season 3. Carano was essentially removed from the show — as well as Rangers of the New Republic, one of the upcoming Mandalorian spinoff series that she was reportedly set to star in — and also all the marketing surrounding it, but maybe Lucasfilm is thinking of turning the tables again. If they really wanted to, they could rewrite Carano back into the series.

We’re taking all this news with a grain of salt, but on this May the 4th, it’s definitely food for thought.

What do you think about Gina Carano possibly returning to Star Wars?