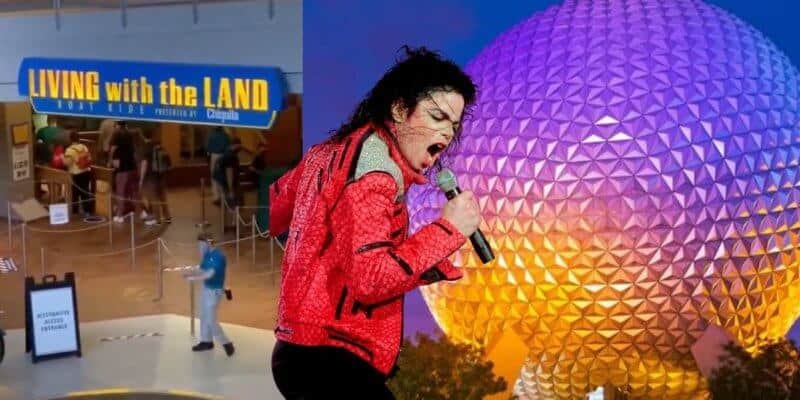 Cast Members are one of the ultimate aspects of visiting any Disney Park! They oftentimes have the power to make a good trip a great one, sometimes with a small joke or magic moment that Guests will take with them for years to come. And sometimes, that moment can come out of some awesome dance moves.

When Guests are at Disney World, whether it be a day trip or a full vacation, there is one thing that everyone will have in common by the end of the day, and that is exhaustion. Whether you are visiting Magic Kingdom, EPCOT, Disney’s Hollywood Studios, or Disney’s Animal Kingdom, Guests are on their feet all day, and at times, could feel quite tired. That is why seeing a Cast Member with lots of energy can be a great way to continue having the most magical day ever!

Lex (@lexlivesndisney) took to Twitter to post a video of a Cast Member dancing around in front of Living with the Land doing the moonwalk from TikToker DisneyMomMagic (@disneymommagic). The video has some added Michael Jackson music to it, which works perfectly with the style of dance the Cast Member was doing.

WHO ARE THEY I LOVE THEM pic.twitter.com/hE7acQZtpE

If you take a look at the video, you will see the Cast Member is not necessarily performing for anyone but just having a good time and exuding a bunch of positive energy. The Tweet has already garnered over 1000 likes, and the thread is flooded with Guests loving the energy and dance moves.

It seems that this Living with the Land Cast Member often dances, as one of the responses to the Tweet from Cuz Dole Whip (@cuzdolewhip) stated:

I love seeing this CM in the park!! He’s always there when I go!

I love seeing this CM in the park!! He’s always there when I go!

If you ever see a Cast Member doing something to share a little extra pixie dust on your day, be sure to send them a Cast Compliment! All you need is their name and where they work, and you can either go to Guest Services to put it in or Tweet about it and hashtag #CastCompliment.

What is a magical moment you have experience at Disney World? Let us know in the comments below!