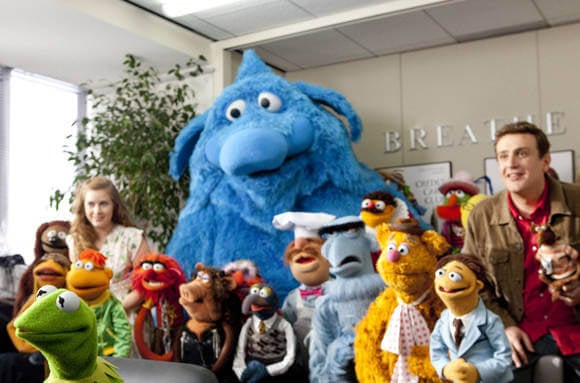 Have you ever been sitting in the Muppet*Vision 3D Theater and thought “How do the puppeteers do it?” or “I want to do that!”? Well, now is your chance! The Jim Henson Company is accepting applications for its three-week workshop.

The Jim Henson Company, headquartered in Los Angeles, CA, is seeking top talent and new creative voices from diverse communities and backgrounds to train as puppeteers in the Jim Henson technique. This workshop will be led by top performers, with a mission to cultivate and nurture multicultural talent and diverse perspectives. An invitation to participate in this workshop is by audition only. Please see posted images for complete submission guidelines.

As of right now, The Jim Henson Company is currently seeking people of color, women of all cultural backgrounds, as well as members of the LGBTQ+ community to audition for these roles. Applicants must also meet the height requirements of 5’4″ to 6’3″.

The Muppets were created in the 1950s by Jim Henson, who stated that the name “Muppet” came from a combination of the words “marionette” and “puppet.” One of Henson’s earliest creations is now the most famous Muppet in the world — Kermit the Frog. Kermit and some of his friends were introduced to the world on the short-form television show Sam and Friends.

Ever since the world was introduced to The Muppets, their popularity has only grown bigger and bigger. Kermit, Miss Piggy, and the gang have been featured in numerous television shows — including The Muppets, Muppet Babies, The Jim Henson Hour, and Muppets Now, among others. There have also been numerous movies from The Muppet Movie (1979) to, most recently, Muppets Most Wanted (2014).

From the Jim Henson Company comes a late-night talk show hosted by alien commander Ned and his lieutenant, Cornelius, who call off their invasion of Earth after they fall in love with our human culture. Broadcasting from the bridge of their spaceship, hidden deep underground, Ned and Cornelius interview Earth’s greatest resource, celebrities.

The Muppets can also be found throughout Disney theme parks. Muppet*Vision 3D is a popular show at Disney’s Hollywood Studios. There is also the Regal Eagle Smokehouse in the American Pavilion at EPCOT, featuring the famous Sam Eagle.

If you would like to audition to become a part of the incredible Jim Henson team, you can visit the company’s Facebook page and follow all the posted instructions!

Will you try your hand at being a Muppet puppeteer? Let us know in the comments!