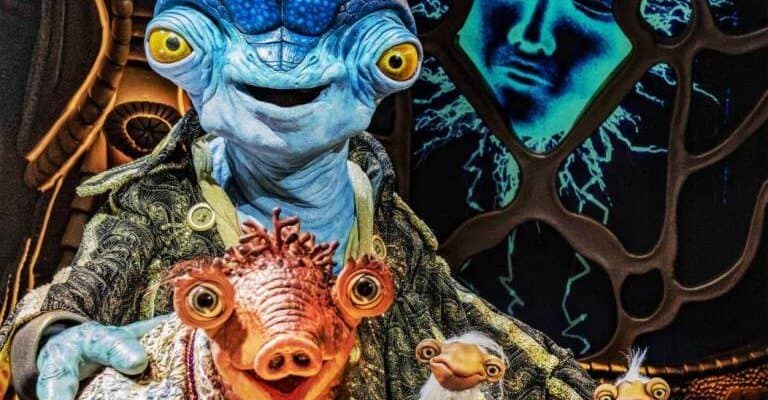 Earth to Ned is a Jim Henson Productions series that is coming soon to Disney+! Disney is giving us a first look of this highly anticipated series before it’s September 4th debut.

Synopsis of Earth to Ned

Earth to Ned follows an alien, Ned (voiced by Paul Rugg), who is planning an invasion of Earth. However, he gets a little distracted and develops a liking for all things celebrity! This prompts Ned to start his own unique form of a talk show. Ned and his co-host, Cornelius (voiced by Kyle Pacek), interview celebrity guests. Since this is his first time hosting a talk show, his questions aren’t what you would expect. Sometimes Ned even gets his guests to join in on some game-show-like shenanigans.

So far, some of the guests we know are Kristen Schaal, Rachel Bloom, and Taye Diggs. In the Disney official trailer we can also see more stars, such as Raven Symone, Joel McHale, Ru Paul, and Star Wars star Billy Dee Williams. Disney also released a photo of Ned with Bindi and Robert Irwin! Watch the official Earth to Ned trailer below.

This new Jim Henson Productions series will be available to viewers on Disney+ the same day as the debut of the live-action Mulan, September 4th. So, if you’re planning on waiting to view Mulan in December instead, we suggest giving Earth to Ned a try. It’s a fun series that the whole family can watch and have a good laugh together!

Related: ‘Mulan’ to Release on Disney+ for FREE (If You Can Wait)

What celebrities are you excited to see on Earth to Ned? Which celebrities do you think Ned should interview? Let us know in the comments!