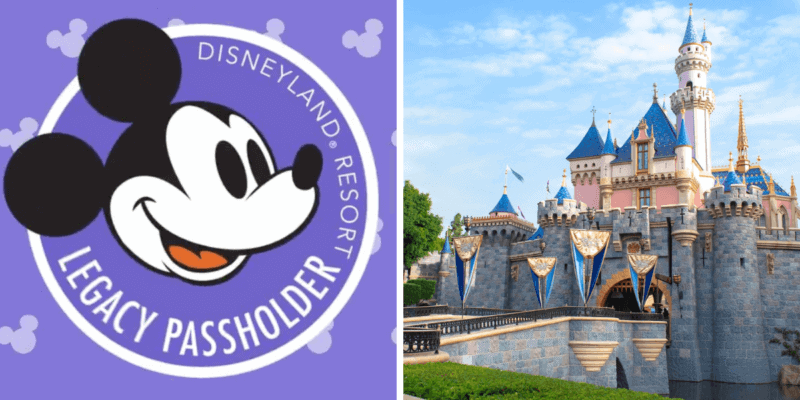 Disneyland officially reopened its gates on April 30 to crowds who lined up as early as 4 a.m. Before lining up before dawn to enter the Happiest Place on Earth, Guests had waited upward of 16 hours online to purchase tickets to the theme park when they went on sale on April 15.

Back in January 2021, Disney emailed Annual Passholders, informing them that they were ending the existing Annual Pass program. The email from Disney stated:

In the next several days, we will begin the process of issuing appropriate refunds for eligible Disneyland Resort Annual Passports and sunsetting the current Annual Passport program due to the continued uncertainty of the pandemic and limitations and expected restrictions around the reopening of our theme parks.

The email sent out on May 4 — National Star Wars Day to some — said:

Your Magical Home Away From Home is Back!

Get ready to experience the adventure, excitement and magic of the Disneyland® Resort all over again. Become a pirate on the high seas, get on the back of a flying elephant or simply savor some delicious treats! There’s so much to rediscover, and the best, most magical part of it all, is it’s happening right now.

Currently, Legacy Passholders who visit either Disneyland Park or Disney California Adventure Park will be given food and merchandise discounts based on the level of their Legacy Pass. This discount is also available throughout the Downtown Disney District, which does not require a reservation to visit. While the discount originally had an end date, the discounts continue to be extended.

Recently, Legacy Passholders were given some great news when Disneyland President Ken Potrock announced that a new Annual Passholder Program would be launching by the end of the year. Potrock was giving an interview with the D23 Inside Disney podcast and said the following:

“… we had sunsetted the Annual Pass Program, and we needed to do that really for two incredibly important reasons. One because of the capacity constraints that I told you about previously and two because we thought this was a great opportunity for us to reimagine an Annual Pass program that wasn’t just built on the last couple of decades but was built on how our Guests and our fans wanted to use the parks going forward.

We’re working on that right now and we’ll clearly be launching something before the end of the year, but I think its gonna be an exciting new program that I think people and our biggest fans and quite honestly our most loyal fans will be very responsive too.”

Legacy Passholders certainly have a lot of things to look forward to in their future at Disneyland Resort!

Are you a Legacy Passholder who has recently visited Disneyland? Let us know in the comments!