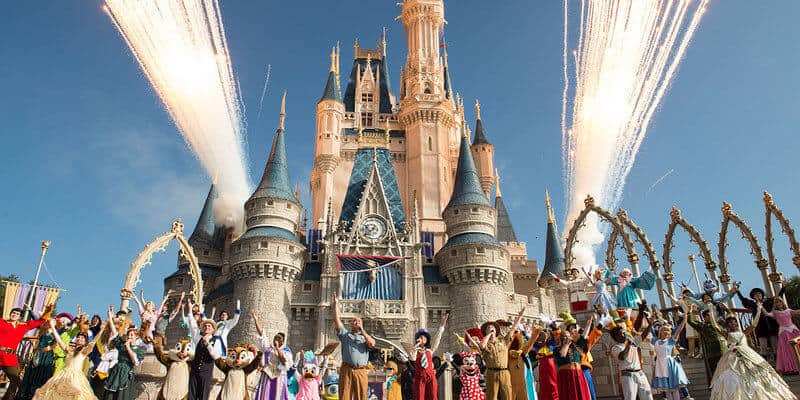 For nearly five decades, Walt Disney World has become a second home to many Disney fans and families. It is almost incredible to imagine that in five months, Walt Disney World will celebrate its 50th anniversary! Not only will it be celebrated by Cinderella Castle in the Magic Kingdom, but in EPCOT, Disney’s Hollywood Studios, and Disney’s Animal Kingdom!

As many Cast Members have been working hard to bring the magic back into the Disney Parks, despite the ongoing pandemic, some are still currently furloughed. One Walt Disney World Cast Member speaks out about her current situation and the best news she has ever received.

Kathy Carter, a Cast Member of Walt Disney World, spoke from her heart to WFTV Channel 9 Orlando, when she reminisced about her time working for the Disney Company for almost 50 years. Due to the pandemic, and like thousands of Cast Members that were furloughed, she marked 49 years in the Disney Parks before being sent home last year.

Kathy’s Disney obsession started when she visited the Walt Disney World Resort when it first opened on October 1, 1971. She soon realized that she wanted to commit to the Walt Disney Company when a Disney recruiter visited her high school offering interviews. It didn’t take long before Kathy made her dreams come true and became a Cast Member on Decemeber 15, 1971.

Kathy became a waitress at Town Square Café in Magic Kingdom on Main Street U.S.A. The venue then revamped into a Lady and the Tramp-themed eatery called Tony’s Town Square Restaurant which opened on July 24, 1989.

While in anticipation and her costume pressed in hopes she would return, she finally got the best news she has been waiting for.

Kathy got the call that Cast Members have been dreaming of for over a year. She is finally returning home and just in time to celebrate Walt Disney World’s birthday celebration and mark 50 years employed!

Right before the pandemic, Kathy, unfortunately, injured herself and she had to make a difficult decision to move from full-time to part-time, which is why she has had to wait for the call to return as seniority comes into play with the furloughs. Thankfully her long-awaited return is finally over.

Orlando resident Kathy Carter expressed to WFTV that she loved going to work every day. She even shares that she has a new Cast Member career ahead of her and is no longer working inside Magic Kingdom.

Per WFTV, Kathy shared the following:

“I am now employed at Walt Disney World once again. New assignment though I am working at the Caribbean resort in quick service. But I am working so I can get my 50 years!”

Personally, it thrills me to see just how much Walt Disney World has supported Cast Members during this difficult time and that many have returned home. The magic and wonder that Cast Members, like Kathy, spread to each Guest who steps foot in a Disney Resort or theme park is truly inspiring.

Inside the Magic wishes Kathy and all the Cast Members of Walt Disney World, Disneyland, Disney California Adventure, and Disney Parks around the world, the very best and look forward to seeing you in the parks again!

Do you know someone who has been a Cast Member for almost 50 years? Who is your favorite Cast Member in Walt Disney World? Let us know in the comments below!

Do you need help planning your next Disney adventure? Our friends at Academy Travel are EarMarked Diamond!