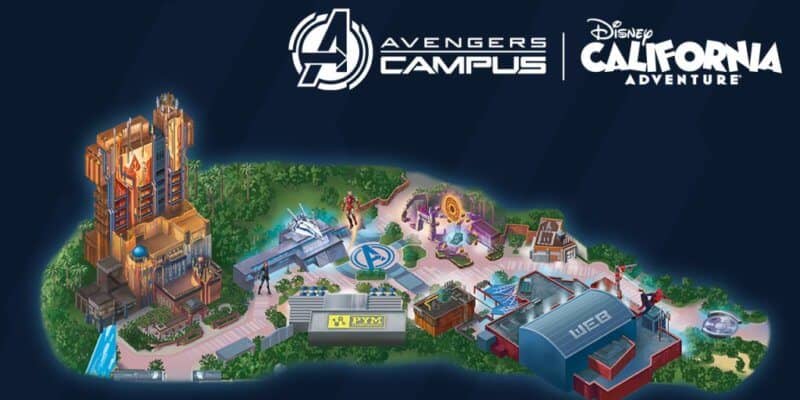 If you are a Marvel and Disney Parks fan, like all of us, you likely cannot wait for the big reveal of Avengers Campus at Disney California Adventure on June 4. Although not all Guests will be able to visit Disneyland Resort for the opening, Disney is bringing the opening to each and every one of us!

Disney Parks Blog just announced that on June 2, Guests can enter Avengers Campus at Disneyland virtually through a live stream. The announcement stated:

Join us right here on the Disney Parks Blog on June 2 at 8:15 p.m. PT | 11:15 p.m. ET to watch the historic dedication from the Disneyland Resort in California. You’ll also catch a glimpse inside this epic land as a few special guests assemble to celebrate this moment.

Inside the fully immersive Avengers Campus, which officially opens to guests on June 4, you will be invited to team up with the Avengers and their allies and live out your Super Hero dreams. Encounter the likes of Iron Man, Black Panther, Black Widow and more. Sling webs on the first Disney ride-through attraction to feature Spider-Man. Fuel up on shareable bites, inventive entrees and sweet treats.

So, be sure to come back to this article on June 2 at 8:15 p.m. PST to watch the live stream. Below is the YouTube video where you can watch the opening ceremony and dedication of Avengers Campus at Disney California Adventure Park — you can also watch the video if you missed the live stream and want to see a replay!

Not only will Guests get to see the land for free through this virtual event, but we will all be doing so two days before the official opening. It will be a fantastic sneak peek for Guests who want to see what the land is going to offer. From getting to see WEB SLINGERS: A Spider-Man Adventure, to all of the food options like PYM Test Kitchen to character encounters at Avengers Headquarters and the Ancient Sanctum, the live stream will likely give us Disney fans a sudden urge to book a plane ticket to Anaheim, California (the parks open to out-of-state Guests next month!).

Now that Disneyland Resort is allowing out-of-state Guests very soon, there has never been a better time to get back to the magic!

Will you be tuning into the live stream to watch the opening ceremony of Avengers Campus, Disney’s first Marvel land? Or do you want to keep the land a secret until you visit?