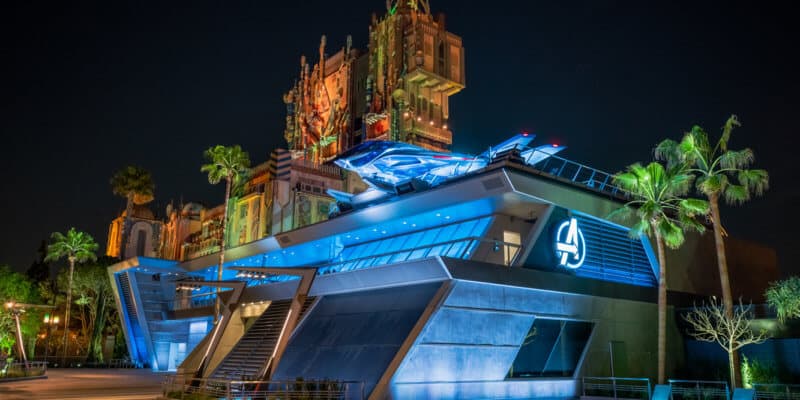 It may be hard to believe, but Avengers Campus will open in just a couple of weeks at Disney California Adventure Park! Fans have been waiting on pins and needles for this new theme park land since it was announced at the 2017 D23 Expo.

Originally scheduled to open in July 2020, the opening of Avengers Campus had to be pushed back due to the COVID-19 pandemic.

As we have gotten closer to Avengers Campus’s June 4 opening, Disney has been sharing more details on what Guests can expect when they venture into the Marvel universe — including revealing menus for all the Avengers Campus food locations and what uniforms the Cast Members will wear.

And now, it seems we are getting one of the final pieces of Avengers Campus opening information — Disney has released a new map that gives a much more detailed look at the land’s layout.

Disney Parks Blog shared our first look at the map, and some more details:

To assist you in planning your mission, we’re excited to share a first look at the Avengers Campus map.

As you can see, there are three entrances into the new 6-acre land where you can join the action with the Avengers and their allies, like Iron Man, Black Panther, Black Widow and more; sling webs on the first Disney ride-through attraction to feature Spider-Man; taste-test inventive food and drinks and become part of a bigger universe. Kids and guests of all ages will find their powers as they train alongside some favorite Super Heroes, with a chance to live out their own heroic story.

Disney Parks Blog also announced some information regarding the newest ride in Avengers Campus — WEB SLINGERS: A Spider-Man Adventure. The new attraction will operate solely on a virtual queue system. A virtual queue system is currently used at Disneyland on Star Wars: Rise of the Resistance, and has recently been implemented for Guests who want to ride the Indiana Jones Adventure attraction.

Will you be visiting Avengers Campus when it opens at Disney California Adventure on June 4? Let us know in the comments!