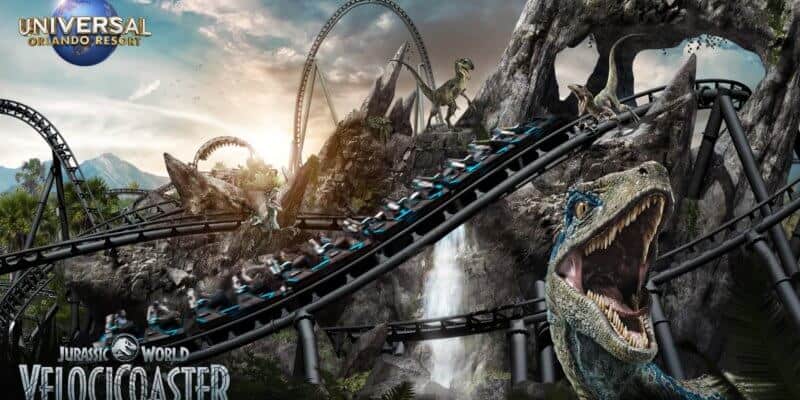 Social media is ablaze today with the news that Universal Studios Orlando had emailed some Pass Members about special preview days for their newest roller coaster, the Jurassic World VelociCoaster. The new roller coaster is scheduled to open on June 10 at Universal’s Islands of Adventure.

Although Universal Orlando Resort gave no advanced notice of a Pass Member preview for VelociCoaster, earlier today some fans took to social media to share the news that they had, in fact, received an email.

On Twitter, user Daniel Robertson (@dmroberston) shared that he had received the email:

@ThemeParkExpres the one time we are still stuck in the UK

@ThemeParkExpres the one time we are still stuck in the UK ? pic.twitter.com/5o7SNt6jSA

On Instagram, Zara and Phil (@philzarmagic) also shared a picture of the email that they received:

Just received this from @universalorlando ??
If only we could actually go

However, the news quickly turned into a confusing mess. Many Universal Orlando Pass Members Tweeted that they had not received an email and that they were concerned that it wasn’t actually real. Things got more confusing when there was no word from Universal Studios Orlando on the validity of the Pass Member Preview. Although Universal Orlando is very active on Twitter, the theme park destination had not Tweeted anything regarding the Jurassic World VelociCoaster ride preview emails that some were receiving.

Looks like many UOAPs agree that this #VelociCoaster email was sent by mistake…@UniversalORL is this true?

A confirmation email was then sent to us to confirm that we were good to go for the Jurassic World VelociCoaster preview!

Not all Pass Members have received the email, and some are still having trouble reserving a spot for the preview. There is also a waitlist that some users are being added to.

A creative director at Universal Studios and a designer of VelociCoaster, Gregory Hall (@G_Prodigy), also tweeted about the Pass Member Preview.

Registration is required. For registration and details click here: https://t.co/d8BMB3Kd5o

There is still no official word from Universal Orlando about how or why these emails went out to only some Pass Members. We can confirm that hours after the VelociCoaster Pass Member preview link began circulating the web, we received an email letting us know that we could register. So, it appears that not all Universal Orlando APs received the ride preview registration email at the same time. We will update our article when Universal Orlando releases more information.

Were you able to sign up to ride VelociCoaster early? Let us know in the comments!

It has been reported that all the registration spots for the VelociCoaster ride preview are now full and no more RSVPs are being accepted.