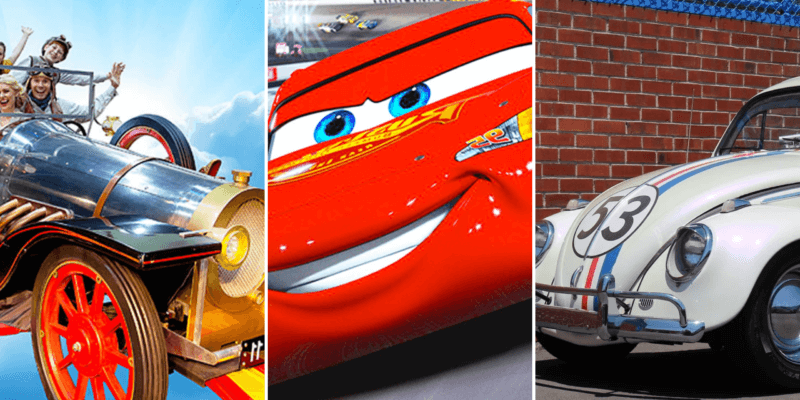 Ka-chow! Pixar’s own Lightning McQueen is the most popular fictional car, according to data from a recent study by uSwitch.

The central character from the Cars franchise was up against some steep competition, including the A-Team Van and Chitty Chitty Bang Bang.

The central car from the Cars franchise is the most searched fictional car out there. The study revealed that the term “Lightning McQueen” had been searched for over 800,000 times over the past 12 months. However, unlike his races in the Cars movies, this one wasn’t even close. The next most-searched-for vehicle was the Warthog, a vehicle from the Halo franchise.

This iconic video game wagon racked up only 211,500 searches; nearly four times less than the iconic Pixar car. Other contenders including Chitty Chitty Bang Bang with a mere 13,050 votes, Scooby Doo‘s Mystery Machine with 14,850, and the Herbie Car with 14,400. Take a look at the stats for yourself!

Interestingly, the report found that the only country where McQueen was not the most-searched fictional car with France.

If you’ve seen any of the Cars movies from Pixar, you know exactly who he is! McQueen is a hothead racing car who is forced to learn humility when he’s left stranded in a small town called Radiator Springs. There he learns the value of hard work and the simple life as he befriends Tow Mater (Larry the Cable Guy), learns from Doc Hudson (Paul Newman), and forms a close bond with Sally Carrera (Bonnie Hunt).

McQueen is voiced by well-known comedy actor Owen Wilson. The character is the main focus of the first Cars movie (2006) but takes on a supporting role in Cars 2 (2011). However, in Cars 3 (2017) he ultimately turns in his iconic racing stripes to become a trainer for the young hotshot Cruz Ramirez (Cristela Alonzo).

The character has proven incredibly popular, both for Wilson’s voice acting and his iconic design. McQueen is based on a Corvette and is known for his bright red and yellow coloring and the number 95 on his side door. Basically, he’s every kid’s ideal toy race car come to life!

Catch Owen Wilson in his next role in Loki this June. Or watch any of the Cars trilogy on Disney+ today.

Pixar animation studios is responsible for a heck of a lot of family-favourite movies and Cars is no exception. Indeed, Cars features heavily at the Disney theme parks. Notably, Radiator Springs Racers at Disney California Adventure is a fan favorite ride.

Each film also contributed something new to the franchise that could be implemented into the parks. The third film introduced a myriad of new characters, including Sterling (Nathan Fillion) and Jackson Storm (Armie Hammer).

Keep your eyes peeled for more Cars related content, as there’s an untitled Lightning McQueen and Tow Mater animated series coming to Disney+ in 2022! Pixar’s Cars took the world by storm in 2006, and it doesn’t look like Lightning McQueen will be slowing down any time soon!

Let us know if who your favorite car is in the comments!