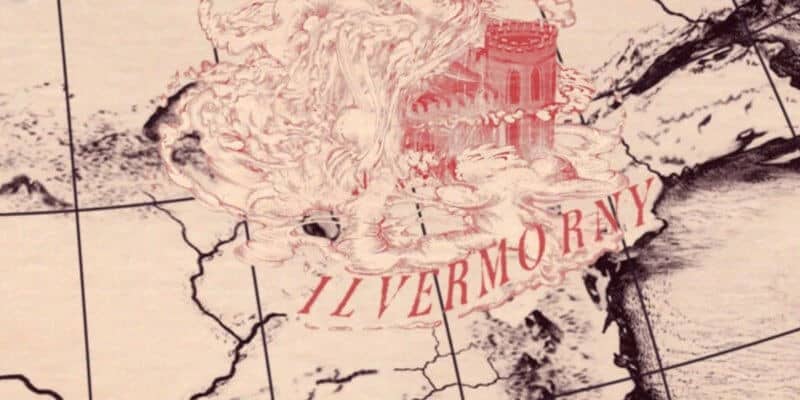 For fans of the Harry Potter franchise Hogwarts School of Witchcraft and Wizardry is the most recognizable school. But have you heard about Ilvermorny? The author of the book series, J.K. Rowling has revealed there are eleven prestigious wizarding schools worldwide.

In the movie and book, Harry Potter and the Goblet of Fire, we have been introduced to two of the eleven wizardry schools, Beauxbatons Academy of Magic in France and Durmstrang Institute in Northern Europe. Yet, with the introduction of the American magical community in the movies Fantastic Beasts, fans may have wondered more about where the American wizards and witches learned magic, where and how.

Here, we introduce another wizardry school, Ilvermorny, the wizarding school located in the United States.

The Ilvermorny school was founded by an Irish witch named Isolt Sayre. Isolt, was the only child of two pure-blood wizards that were loving and caring parents, as well as kind and helpful to their muggle neighbors.

At the age of five, Isolt lost her parents when their family house caught on fire. The young witch was saved by her mother’s estranged sister Gormlaith Gaunt. For those that might recognize the family name Gaunt, yes, Isolt Sayre was blood-related to Salazar Slytherin and, later on, Lord Voldemort.

However, when she was older, Isolt learned that her savior was actually her kidnapper and the murderer of her parents. Like her blood relations, Gormlaith believed in the prestige of her pure-blood line, therefore detesting her sister’s willingness to help muggles.  Fearing that her only niece, Isolt, would marry a muggle, Gormlaith believed that by stealing Isolt she would be raised the “right way.”

When Isolt was old enough to attend Hogwarts, she received her letter but her aunt did not allow her to go fearing that Hogwarts would be a bad influence full of mudbloods.

At the age of twelve, Isolt stole her aunt’s wand, since she wasn’t allowed to have one, and fled the country, arriving in the New World in 1620 aboard the Mayflower. Right after arriving, Isolt left the settlers and ventured on her own.

As the years went by, Isolt ended up saving two young Wizarding boys who had lost their parents tragically, and a muggle man that would end up being and love. They became a family, and the new house they built, Isolt named it after the cottage she was born in, Ilvermorny. For more details on who Isolt came across her new family, you can click here.

As years went by, Ilvermorny grew with more and more students attending, new teachers being hired, and the school expanding from a small cottage, to a huge castle at the highest peak of Mount Greylock in Western Massachusetts.

When Isolt’s adoptive sons reached eleven years old, inspired by the little she knew about Hogwarts, Isolt had her sons and husband each choose their favorite magical creature to name a house.

Isolt choose the Horned Serpent, one of her sons chose the Wampus, the other son chose the Thunderbird, and her husband chose the Pukwudgie.

It was from those choices that the names of the four houses of Ilvermorny came from. Like Hogwarts, the author of the wizardry series also gave each Ilvermorny house a set of beliefs:

‘It is sometimes said of the Ilvermorny houses that they represent the whole witch or wizard: the mind is represented by Horned Serpent; the body, Wampus; the heart, Pukwudgie and the soul, Thunderbird. Others say that Horned Serpent favours scholars, Wampus, warriors, Pukwudgie, healers and Thunderbird, adventurers.’

At Hogwarts, students are sorted to their houses through the sorting hat ceremony, but not every wizardry school has houses and the ones that do have a different magical way of sorting their students.

According to J.K. Rowling, the sorting ceremony at Ilvermorny school works as follows:

‘…one by one, [students] are called to stand on the symbol of the Gordian Knot set into the middle of the stone floor. In silence the school then waits for the enchanted carvings to react. If the Horned Serpent wants the student, the crystal set into its forehead will light up. If the Wampus wants the student, it roars. The Thunderbird signifies its approval by beating its wings, and the Pukwudgie will raise its arrow into the air.

Should more than one carving signify its wish to include the student in its house, the choice rests with the student.’

After the sorting ceremony, first-year students are taken into the hall where they acquire their first wand. It is a tradition at Ilvermorny that a child’s first wave of a wand happens in that school hall.

Did you know about the American wizarding school? Which house would you want to be sorted in? Let us know in the comments below.