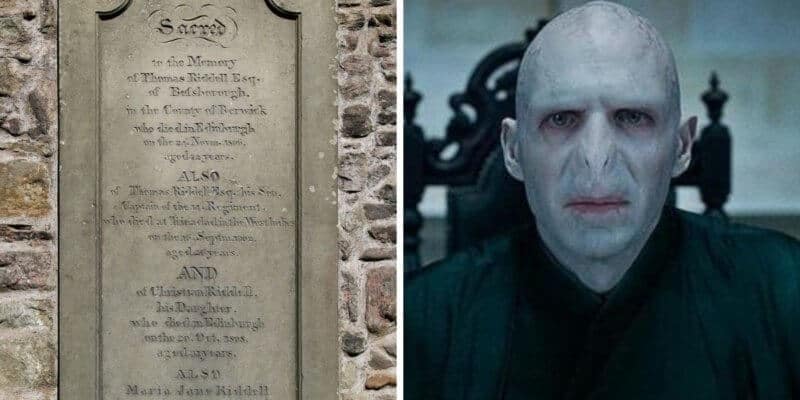 The most famous authors tend to gather ideas and inspiration for their work based on their surroundings, places, famous people in history, or even from people they know. After all, creating amazing storylines and details completely from your brain can be extremely hard work. And sometimes, the real world is not as boring as we think if we are careful to stop and pay attention to our surroundings.

J.K. Rowling created a very detailed universe filled with adventure and a lot — a lot — of magic! Those who are crazy Potterheads and true Harry Potter fans may have heard here and there that J.K. Rowling used a lot of real-life references in her story. This goes anywhere from the etymology of names, the magical creatures, magical folklore, all the way to each individual character’s name.

One of the most famous Harry Potter characters — and probably the evilest villain the Wizarding World has ever seen — was inspired by the name of a real-life person. Before Lord Voldemort became the all-powerful dark magic wizard, he was Tom Marvolo Riddle.

Just like Lord Voldemort’s muggle father in the Harry Potter universe, Thomas Riddle was a muggle. Well, no surprise there, right? The real-life Thomas Riddle lived in Edinburgh, Scotland when he died on November 24th of 1806 at the age of 72-years-old.

Riddell’s grave is located at Greyfriars Kirkyard, also located in Edinburgh which is where Harry Potter fans from all around the world can visit the graveyard and leave letters and notes on his tombstone.

It is said that at some point during her years of beginning to write Harry Potter, J.K. Rowling stumbled upon Riddle’s tombstone and used the name as the inspiration for her work’s villain.

Other gravestones are said to have inspired the names of the characters Alastor “Mad Eye” Moody and Rufus Scrimgeour.

Did you know about the origin of Lord Voldemort’s name? Let us know in the comments below.