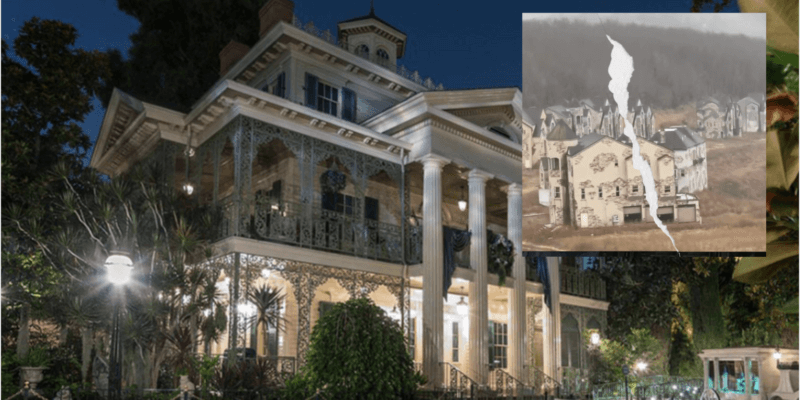 Have you ever thought what it would be like to visit a real life Haunted Mansion? Although the thought is a bit spooky, what if you could visit a whole community of abandoned Haunted Mansion-like houses? Well, thanks to social media, users on the popular app TikTok have found the perfect place for all of you Haunted Mansion fans.

TikTok users have discovered an entire community of abandoned houses in Branson, Missouri. And, just like the beloved attraction, these mansions have a unique backstory as well. This ghost town of sorts wasn’t always like this. In fact, it was actually supposed to be developed into a $1.6 billion resort community!

In 2006, it was announced that development of the Indian Ridge Resort would begin. The resort was supposed to be filled with retail shops, golf courses, hotels, and an indoor water park! So, what happened that caused this project to end before it even really began?

According to the Springfield News-Leader, when the 2008 financial crisis hit, it left developers without all the resources necessary to continue with the finishing the resort. The two companies involved in the project also had issues of their own and eventually pleaded guilty to violating the Clean Water Act and conspiring to commit bank fraud. After all of that, construction officially stopped in 2009. What was left was a series of million dollar mansions, some completed and some not, but all completely abandoned.

More recently, these Haunted Mansions have been made to be a huge hit on TikTok. User @carriejernigan1 gave us a look at these mansions that sit in an eerie looking area of Branson, Missouri, not too far from where Walt Disney himself got his start in Marceline, Missouri.

Not only are these mansions super creepy from her video, but they also seem like they’re just in the middle of nowhere — which is giving us major Haunted Mansion vibes! And, if you are sitting there thinking to yourself, “How can I buy one of these and turn it into the real-life Haunted Mansion of my dreams?”,  Carrie has your answer for that as well.

♬ Send Me on My Way – Vibe Street

Lots where these abandoned mansions sit are currently on sale. Although we don’t know just how much the current asking price is, we can probably guess that the price just got a little bit higher with all the attention they’re getting.

Would you like to have your very own Haunted Mansion? Let us know in the comments!