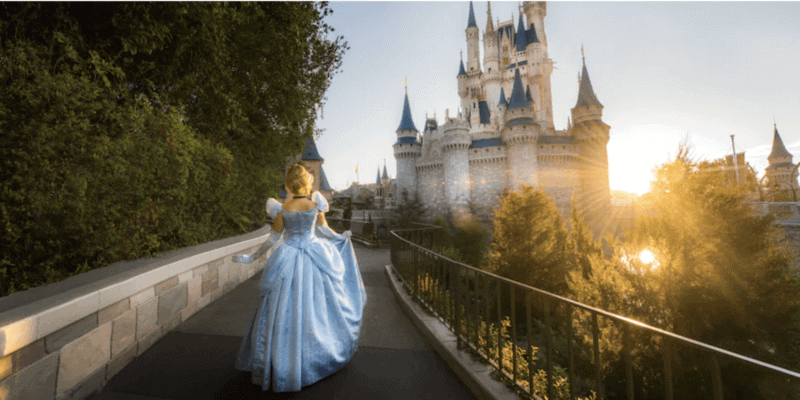 Almost every kid who grows up wanting to work at Disney World, Disneyland, or any Disney Park across the globe typically begins that dream after visiting a Disney Park for the first time.

Many of us Disney fans may remember Disney vacations with our families and know now that it was then, on that first trip to Magic Kingdom walking down Main Street, U.S.A., seeing Cinderella Castle for the first time, that we knew we were somewhere special. Well, as it turns out, it even started that way for the current Walt Disney Company CEO.

Related: Bob Iger Reflects on Stepping Down as Disney CEO

Being the CEO of The Walt Disney Company is a prestigious and coveted title that comes with a lot of responsibility. The person in this post is responsible for making sure Guests leave the Parks, movie theaters, stores — and even their living rooms — with a smile on their faces and a magical sensation within. When Bob Chapek joined the ranks of former Disney CEOs like Roy O. Disney, Michael Eisner, Robert Iger, and many other great minds, he became the ultimate magic maker, but the desire to work for Mickey Mouse and create magic started many years ago for the CEO.

Related: Disney CEO Says Storytelling Is “The Most Important Thing We Do”

Chapek recently sat down with Don Yaeger for his podcast, Corporate Competitor. The two discussed many things about Disney and its relation to Chapek, including Chapek’s childhood and when his love for Disney truly began. Chapek stated:

“When I was growing up, my family used to take vacations in Florida. I remember the first time I visited Disney World. It was a shock to go from the cold winters of the region, and then drive two and a half days and, all of a sudden, end up in this beautiful, utopian environment,” Chapek reflected. “There probably could be no two more different environments than where I grew up and the idyllic Main Street of the Magic Kingdom.”

Bob Chapek grew up in Hammond, Indiana near Chicago, which experiences a lot colder weather than the Sunshine State of Florida. As a Canadian myself, I can very well relate to the feeling of traveling from somewhere freezing to the humid and hot state of Florida and then being able to enjoy the sunshine while eating a Mickey Premium Bar.

Chapek continued to describe Disney World as a utopian environment and said that from a young age, that correlated with his dreams and aspirations. Even today, Chapek continues to vacation in the state of Florida as he deems it his “happy place”. However, Chapek does have some embarrassing memories from his early vacations.

When Yaeger asked about his first trip to Walt Disney World, Chapek recalled his parents making him take a picture with a Disney Princess who he recalled to be Cinderella, which went against the “macho man” persona he was trying to create, and he felt very embarrassed. He said that his parents still have the photo of young Bob posing with Cinderella at Disney World. If only young Chapek could see what his future had in store!

Aside from loving Disney itself and traveling there every year with his family, Chapek also noted that he was able to cultivate the ambition that he holds — which has helped him become as successful as he is — because of his mother always expecting “excellence”.

That being said, when Chapek landed his first position at Disney, he noted that although he had a love for the company from childhood, he felt a high up position at what he deems as “the greatest company in the world” was too far a reach. Even for someone who grew up wanting excellence, the perfect world of Disney that he loved seemed like too much of a dream to ever be reality.

If anything, it only goes to show that hard work can lead to great things, like achieving your wildest dreams, which sounds like the perfect Disney fairy tale come true!

What was your first Disney Park memory?

Comments Off on Cinderella Once Embarrassed Disney CEO Bob Chapek