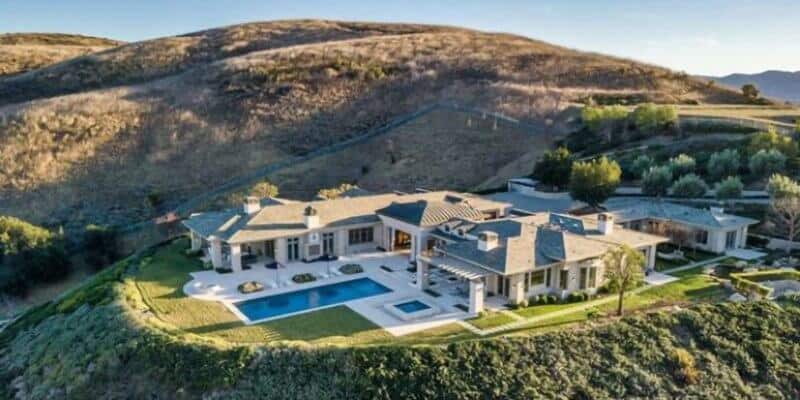 Walt Disney Company CEO Bob Chapek — who took the post in 2020 after former CEO (and current Executive Chairman) Bob Iger stepped down — has just upgraded his home to a more luxurious property near Los Angeles.

Bob Chapek took the mantle of Disney CEO at a challenging time, just before the COVID-19 pandemic shut down all six of Disney’s theme parks around the world and impacted every facet of the company. Since then, he has made difficult decisions, including both layoffs and recalls of Cast Members.

Currently, things are looking up for Disney, as many parks have reopened and or plan to reopen soon, with numerous health and safety procedures in place. During the Annual Meeting of Shareholders last month, Chapek commented on his fellow Cast Members, stating how much he appreciated each one saying, “They’ve done an amazing job and I could not be more grateful and proud of them”.

Recently, it was reported that Bob Chapek made a hefty purchase of a new home. Dirt originally reported the real estate transaction, noting:

Built new in 2013, the palatial estate is unusual in that the entire place is completely single-story, custom designed for its original owner, Lebanese immigrant and local produce market owner Ephram Nehme and his wife.

According to The Hollywood Reporter, “The executive’s new six-bedroom trophy property clocks in at nearly 10,000 square feet and sits on six acres.”

Located roughly an hour northwest of Downtown L.A. by car, the Chapek mansion is also sited within an exclusive 24/7 guard-gated community, where some of the famous neighbors include The Miz of WWE fame and fortune, Heather Locklear, Rams wide receiver Cooper Kupp and veteran internet celebrity Trisha Paytas, whose striking new mansion is one of two homes she owns in the area.

None of those neighbors are new to Chapek and his longtime wife Cindy, however, because they’ve been living in the same gated enclave since 2019. Back in May of that year, the couple shelled out $5.3 million for a Mediterranean-inspired villa that sits only a short jog away from their new digs. That “starter” house, incidentally and not surprisingly, is now back and available for sale on the open market, tagged with a much-increased $7.495 million ask. And like the new property, that place is also saddled with $650 in monthly HOA dues, which covers the association’s guard expenses, plus beautification costs for the golf course-adjacent community.

A listing for the multi-million dollar residence was previously available on the Weichert website.

What do you think of Chapek’s new purchase? Let us know in the comments below.

Speaking of Bob Chapek, have you thought about visiting a Disney park lately? Our friends at Academy Travel can help plan your next Disney vacation